Taylor Swift Just Donated $15,000 to the Firefighter Who Saved His Own Family

The poetic, noble land mermaid known as Taylor Swift has taken a break from selling out stadiums and going Instagram-official with Calvin Harris to help out a family in need.

A Texas volunteer firefighter named Aaron Van Riper recently responded to a head-on collision, and when he arrived on the scene, he found out that the victims were his own wife and 7-year-old son.

“It’s my family. My wife was laying there on the ground,” Van Riper told ABC 13 KTRK. “[By] the look of the car, I don’t know how either one of them lived. There was nothing left of that car.”

The boy has been released from the hospital, but Van Riper’s wife, Amber, remains there after a nine-hour surgery on her pelvis.

A friend of the family set up a GoFundMe page to raise money for medical bills, and on Wednesday night, a donation for $15,000 came in signed “Taylor Swift.” (Billboard confirmed that this donation really did come from the one and only Tay-Tay. BuzzFeed also confirmed that it’s not a hoax.) 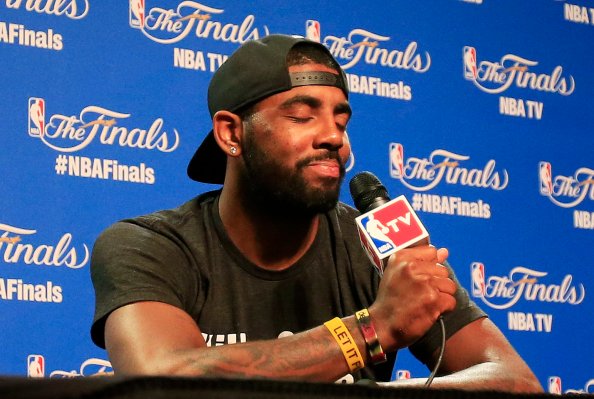 This Cleveland Cavaliers Player Has a Friends Tattoo
Next Up: Editor's Pick