Nine months after the Umbrella Revolution began, pro-democracy protesters again took to the streets of Hong Kong to demand a say in the way the city’s leader is elected in polls slated for 2017.

A crowd of 2,000 to 3,000 people — workers and families as well as students and democracy activists — marched on Sunday afternoon from Victoria Park, a traditional gathering place for protests, to the legislature buildings downtown. Many carried yellow umbrellas — adopted as the symbol of Hong Kong’s democracy movement after protesters took to carrying them during last year’s unrest to protect themselves from police pepper spray.

Others carried signs that read “Citizens Against Pseudo-Universal Suffrage,” declaring their opposition to the form of democracy described in a political reform bill to be voted on by the city’s legislature on June 17. That bill will allow the central government in Beijing, and a 1,200-member electoral college composed mostly of proestablishment figures, to vet all candidates for the position of chief executive, as the city’s top official is known. Similarly unrepresentative electoral methods helped to spark last fall’s Umbrella Revolution, and protesters are once again demanding broader political rights.

“We’re not North Korea, we know what freedom is,” said Carol Lo, 35, a protester at Sunday’s rally and a parent of a 9-year-old girl. Lo voiced fears for the political future of Hong Kong’s next generation: “How will [my daughter] survive, if this situation gets worse and worse?” she said.

Another protester, Uber driver Chao Sang, voiced the growing tendency of many Hong Kongers to see themselves as politically, linguistically and culturally separate from mainland Chinese. “I’m a genuine citizen of Hong Kong, I’m not from China,” he told TIME. “Most people from China are after money, but I’m after truth.”

Many in Hong Kong have fought for universal suffrage and full democracy since the former British colony came under China’s control in 1997. These groups seek to protect Hong Kong’s status as China’s freest city.

When the U.K. handed over power, Hong Kongers were promised a high degree of autonomy with the eventual goal of universal suffrage. Currently, however, Hong Kong voters only have the power to directly elect 35 of the 70 seats in the Legislative Council. The rest of the seats, so-called functional constituencies, are picked by an amalgamation of corporate interest and professional groups. Many Hong Kongers want the Legislative Council to consist entirely of directly elected members and for chief-executive candidates to be similarly nominated and elected by the city’s 3.2 million voters.

During last fall’s Umbrella Revolution, Hong Kongers showed defiant resistance to what they see as Beijing’s desire to control the government. Many protesters feel that, by preselecting the nominees for chief executive, Beijing and the council were denying Hong Kongers a truly transparent and free election process.

Identical defiance lies behind Sunday’s rally, although according to a poll carried out by three Hong Kong universities, public support for the reform package is split down the middle, with 43% against and 41.7% in favor.

The no-vote should carry the day as, without the support of democratic legislators, the bill has little chance of passing. Many activists nonetheless plan to come onto the streets between now and Wednesday’s vote to keep up the pressure.

“Our plan is good and it’s working,” protester Ivy Cheung, 30, told TIME. “You have to come here, to the heart of government. It’s necessary for us to come out every night.” 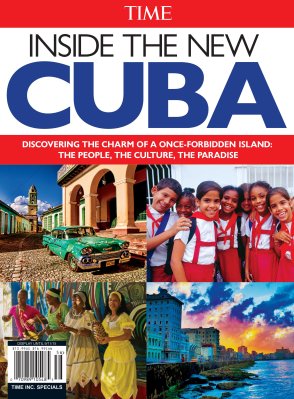 The Hazy Future for Cuban Cigars
Next Up: Editor's Pick