A Prominent NAACP Activist Has Been Faking Black Ethnicity, Her Parents Say

The parents of a prominent civil rights activist from Spokane, Wash., say she has falsely been passing herself off as being of partially black ethnicity.

Rachel Dolezal, 37, is president of the Spokane chapter of the NAACP, serves as chair on the city’s Office of Police Ombudsman Commission, and is a part-time professor at Eastern Washington University where she teaches Africana Studies, according to MSNBC.

On her application for the Ombudsman Commission, Dolezal identified herself as white, black and Native American, according to an Associated Press report in the Washington Times.

But speaking to a local paper, the Couer d’Alene Press, on Thursday, Dolezal’s mother Ruthanne said the family’s ancestry was Czech, Swedish, German with “faint traces” of Native American. “It is very disturbing that she has become so dishonest,” she said of her daughter.

Local officials have reportedly opened an inquiry to determine if any policies have been violated.

The Spokesman-Review, another local paper, said Dolezal would not answer questions about her race and ethnicity Thursday, but instead told the paper, “We’re all from the African continent.”

The NAACP has responded with a statement saying that Dolezal “is enduring a legal issue with her family, and we respect her privacy in this matter.” The statement continued, “One’s racial identity is not a qualifying criteria or disqualifying standard for NAACP leadership. The NAACP Alaska-Oregon-Washington State Conference stands behind Ms. Dolezal’s advocacy record.” 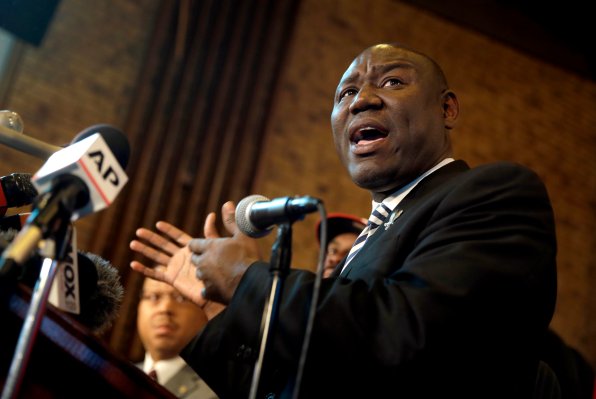 Tamir Rice Attorney: Cleveland Agreement Needs Will Behind Way
Next Up: Editor's Pick