Litchfield opened early on Thursday night, as Netflix debuted the third season of Orange Is the New Black six hours before its scheduled premiere time.

The move was announced at the fan-filled OrangeCon event in NYC, at which Uzo Adubo stood up during the cast panel to ask Netflix boss Reed Hastings (over a video call) to treat the fans to the entire season sooner than they planned.

Hastings then smiled and agreed, sending fans into a loud frenzy as the anticipated dozen episodes hit the web. 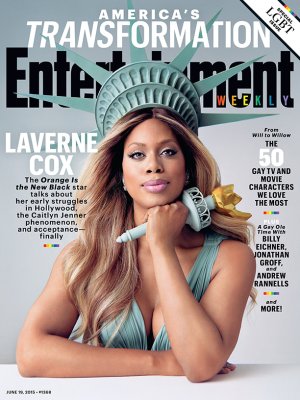 See Laverne Cox on the New Entertainment Weekly Cover
Next Up: Editor's Pick