Why My Sister Allowed Her Death to Be Filmed for TV

At 32 years old, my older sister, Renee, had to choose how she wanted to die from terminal cancer. While her choice didn’t make financial sense, and it made life harder for her family members, it was the only choice she could live with. She chose to die at home in San Francisco. I am forever grateful for her choice.

It was a difficult decision. Financial burdens loomed over us like dark clouds that just wouldn’t go away. And I was carrying a lot of the weight. But with a lot of luck and a network of amazing friends, we were able to make it happen. We made GoFundMe accounts and reached out to close friends to help us. Organizations like The Shanti Project helped us with experienced and compassionate volunteers. Her friends gave everything they could to make sure she had a peaceful death.

In the midst of it all, we were contacted about being the subject for National Geographic’s I Am Dying. My sister was immediately interested. She knew that she wanted to tell her story and leave her mark on the world. She accomplished so much in her life, even after her diagnosis. She wanted people to know about the positive impact she had on the world. I was more hesitant about the filming. I had to be able to trust the filmmakers to make sure that they wouldn’t sensationalize her illness.

So I met with filmmakers Dan Lindsay and TJ Martin, who told me about the piece they wanted to make. They assured me that it would be a portrait of Renee’s life and her final days, and that it wouldn’t be provocative. After seeing how compassionate both of them were, we both agreed to be filmed.

As her death grew near, and as I was forced to leave my job to take care of her full-time, they followed our journey. Everything was uncertain, but I knew that being by her side was far more important than making money.

During those final weeks, I was able to feed her, clothe her, bathe her, administer her medication and change her diapers. We were able to laugh, share memories and eat pancakes every day for breakfast. I was able to reach out to her closest friends to make sure they could spend as much time as they wanted with her.

I slowly learned her language and read her facial expressions. She would squeeze my hand if the answer was yes, nothing if it was no. Her dedicated nurses talked with me late at night as I tried to change her soiled sheets while she was still lying in the hospital bed. I was able to master it and found great satisfaction in caring for her the way a nurse would.

Together, we faced our fears of using the walker and the wheelchair – two elephants in the room that I only knew for a short time. I learned how to give her methadone after she was unresponsive, how to make sure her mouth was moist when she couldn’t swallow, and ultimately, how to say goodbye.

By being able to take care of her in her apartment, I learned a patience that I had never known before. As she slowly lost her mind, I let her take her time with simple tasks and tried to give her as much freedom as possible. Other caregivers could never give the same amount of love and affection.

After the hospital bed was taken away, my mind and body were still in caregiver mode. I desperately wanted the care to continue. I ached for that special bond. As my grief took over me in a profound way, I knew that my education should continue.

Now, I strive to be the best hospice volunteer I can be. My goal is to touch the lives of others the way I was able to touch my sister’s. Whether I am able to work as a caregiver every day or not, I know that inside, a caregiver is who I am. I simply want the compassion to continue.

Before your death, you’ll be given choices. No matter what you choose, it will be difficult for your family members. My sister made the right choice for her. You can make the right choice for you, because your death should be the most beautiful experience of your life. I Am Dying shows just one example of how beautiful life and death can be. While there is sadness within its contents, there is a lust for life that lives on.

I Am Dying, directed by Dan Lindsay and T.J. Martin and produced by Casey Affleck and Joaquin Phoenix, premieres Saturday, June 13. 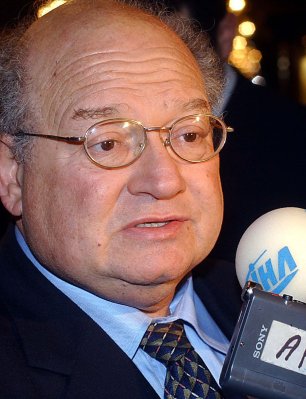 Meet the Father of Paternity Leave
Next Up: Editor's Pick