The Troubling Connection Between Modesty Culture and Rape Culture

In my latest young adult novel, Devoted, I write about a 17-year-old girl named Rachel Walker who is being raised in a super conservative, fundamentalist Christian environment. One of 10 kids, Rachel is isolated from the world around her. She’s homeschooled, she can’t watch television, and she’s expected to marry young and have a lot of children herself. And she’s under orders to dress modestly because it’s her responsibility to prevent men from lusting after her.

Now it’s time for a confession: My inspiration for Devoted came from binge-watching way too many episodes of the TLC reality show 19 Kids and Counting, which was recently pulled from TLC’s schedule after oldest son Josh Duggar admitted to molesting several young girls—including his own sisters—when he was a teenager.

Prior to this troubling story, 19 Kids and Counting made headlines mostly because of the sheer size of the Duggar family. As a mother of one son, I started watching the show as a novelty. There are days when it seems I can barely manage to microwave enough chicken nuggets for one kid’s dinner, and I was curious as to how a family that large manages day to day. But I soon realized there was a religious component to the way the Duggars live their lives—and this includes an intense focus on modesty. The Duggar girls dress to cover up bare shoulders and thighs, and they shun traditional swimsuits or other clothes that are considered too revealing. (Of course what’s too revealing seems nebulous here—what makes shoulders not OK but ankles acceptable? Wrists? The back of the neck?)

In their book Growing Up Duggar, the older Duggar girls argue that they’re not ashamed of their bodies—just that they want to keep them for the eyes of their future husbands. As if a woman’s legs, tummy, and breasts serve one purpose only—to turn some dude on. The Duggar girls even write about a special code word—“Nike!”—that they use around their male relatives, warning them to look down at their shoes in case they come too close to a woman who dares to wear a tank top.

In Devoted, Rachel tells of her older sister Faith flipping over magazines in the supermarket checkout to prevent her younger brothers from ogling a woman on the cover of a magazine. As odd as such a lifestyle may seem to those of us raised outside of it, the Duggar way of life is not entirely unique as I learned through my extensive research for the book. In fact, they are just one family in a movement that pushes for rigid gender roles that keep women and girls in their place at home. Quiverfull is, of course, one of a number of communities and religions that have stirred debate over rules and practices that encourage women to cover up.

In order to write Devoted, I spend time interviewing young women raised like the Duggars, and I racked up countless hours reading blogs and books about a lifestyle that seeks to police women’s body in such an extreme way. My mind reeled when I met one young woman who told me she was once ordered by her father to wear her seatbelt underneath her chest—apparently he felt when it cut across her chest, it accentuated her breasts too much and could cause some men to “stumble.”

The woman I dedicated the book to was raised to follow a checklist distributed by her church. She and other girls in her religious community were told to follow practices including raising their arms in the air every morning in order to make sure their shirts didn’t hike up so much so as to reveal a part of their abdomens. Who knows what a young boy or man might do if he saw a bellybutton.

What I continue to find most disturbing about modesty culture (sometimes called purity culture), especially in light of the recent scandal involving the Duggars, is the link between it and rape culture. If rape culture is defined as a culture that normalizes sexual assault and finds ways to blame said assault on victims, modesty culture is certainly the twin to such disordered thinking. If it’s all the responsibility of the woman to keep the man “in check” through what she wears, then if he crosses the line, doesn’t that suggest she’s at fault somehow? And while young men in such Duggar-like worlds are often taught to keep their lustful thoughts under control, doesn’t such an obsession with this poorly-defined idea of “modesty” make it a little too easy for a man to blame a young woman for leading him on?

While we have no way of knowing how the Duggar daughters felt or how they were counseled after the abuse, materials printed by Advanced Training Institute—an organization the Duggars have aligned themselves with publicly—reveal shockingly terrible advice on how this subculture deals with sexual abuse in the home. In a “case study” that eerily mimics the Duggar family situation, a teenage son molests his younger sisters. The study asks “What factors in the home contributed to immodesty and temptation?” and suggests that the abuser could have been tempted by seeing his younger female siblings getting out of the bath or because the mother did not “push modesty” except for when the family was in public. (It should be noted that Bill Gothard, who ran Advanced Training Institute and its sister organization Institute for Basic Life Principles, was forced to resign in 2014 after allegations he had harassed several female employees.)

Many women and girls who grew up in Duggar-like homes have written eloquently on their experiences with modesty culture and its link to rape culture. The woman I’ve dedicated Devoted to is now free from the oppressive rules of her youth and is working overseas. Many young women like her are speaking out on blogs and forums like Homeschoolers Anonymous and No Longer Quivering, calling out the idea that a woman should cover up according to arbitrary rules set up by male-run churches. 19 Kids and Counting is no longer on television, but even if it returns, I know could never watch it again. After writing Devoted, it just makes me wince. 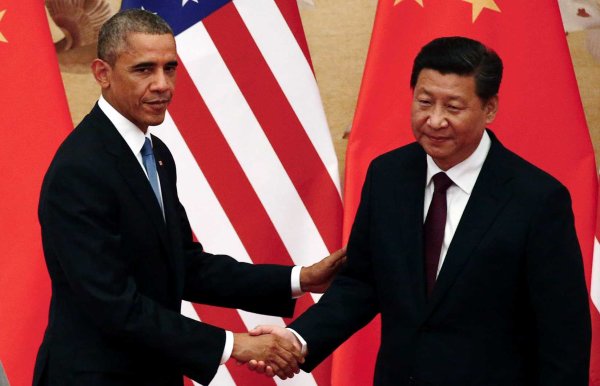 What Happened to America's Other Illegal Immigrants
Next Up: Editor's Pick