Christopher Lee, who died Sunday at the age of 93, spent generations in the entertainment industry, playing parts ranging from his notable bad guys to Sherlock Holmes to George Seurat. To list just five of his roles is only to scratch the surface, but in honor of his life and career, here are some to remember.

Dracula
The actor first played Dracula in 1958’s Horror of Dracula, starting his long run of appearing in the Hammer Horror movies as the character, reprising the role in films like 1968’s Dracula Has Risen From the Grave and 1972’s Dracula A.D. 1972. Though Lee said that working for Hammer was “fun” in an interview with Total Film, he also explained how the role became frustrating. “I did have a big problem after the first two,” he said. “I said to my agent, ‘I don’t want to do this part again.’ Because all they do is write a story and try and fit the character in somewhere, which is very clear when you see the films. They gave me nothing to do! I pleaded with Hammer to let me use some of the lines that Bram Stoker had written. Occasionally, I sneaked one in.”

Lord Summerisle
In 1973’s The Wicker Man, Lee played the creepy pagan Lord Summerisle. Describing Lee’s performance of “Summer Is Icumen In,” at the end of the film, TIME’s Ben Cosgrove, wrote “Lee seems not so much to be acting the part as inhabiting the body and soul of a true believer caught in the throes of pantheistic ecstasy.”

Scaramanga
Lee was the Bond villain Scaramanga—notable for possessing three nipples—opposite Roger Moore in the 1974 film The Man With the Golden Gun. Speaking to IGN, Lee said that the character in the movie “is a great improvement on the character in the book. He’s attractive to women. He has a sense of humour. He’s the dark side of Bond and yet he could be amusing. He was almost like a child in some ways. The way he shoots the cork out of the Champagne bottle, ‘Aha, this toy!'” Lee also had a familial connection to Bond: he was Ian Fleming’s cousin.

Saruman
A Tolkien lover himself, who had actually encountered the author, Lee played Saruman, the traitorous wizard, in the Lord of the Rings and Hobbit films. Peter Jackson’s epics saw Lee going head to head with another legendary Brit, Ian McKellen. He told Cinefantastique in 2010 in an interview being circulated following his death, “Of course I would have loved to play Gandalf, but I don’t think [Jackson] ever had me in mind for Gandalf, because [by] that time I was too old.”

Count Dooku
Dracula wasn’t the only Count D Lee played in his lifetime. He showed up in the Star Wars prequel films Attack of the Clones and Revenge of the Sith as Jedi-gone-evil Count Dooku. 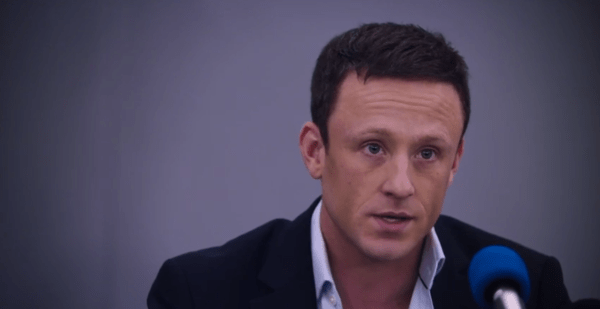 Watch Lance Armstrong's Doping Scandal Unfold in the First Trailer for The Program
Next Up: Editor's Pick