I never imagined ever getting a fourth shot at it. I thought I was done and I already missed my window.

Soon after the Belmont, you gave American Pharoah a nice kiss. Did you say anything to him?

I’m constantly thanking him for coming through. He’s really moved me in a spiritual way. My parents were always with me when I went through all the Triple Crowns. And they’re gone now. And to me, I always feel like maybe they have some connection to the horse. That’s why I get very emotional when I talk about that horse. There’s something about this horse I’ve never felt with another horse. You just love to see him because not only is he a sweet horse, he’s a very noble horse.

You say one of the greatest things about American Pharoah is his mind. How do you know if a horse has a great mind?

Some horses, they can be really quiet. They run one time, they stop eating, they don’t handle it well. American Pharoah handles people. He’s been surrounded by hundreds of people. And when he runs, he always looks like he’s having fun. His ears are forward. At the Belmont, he’s just cruising around there, checking out the scenery. Just cruising along.

What human athlete does American Pharoah remind you of?

Usain Bolt. I love Usain Bolt. When he’s in there, I can’t wait to watch him. Because you know he’s going to put on a show. That’s what the Pharoah does.

When did your hair turn white, and why?

It’s a family trait from my mother’s side. When I was probably 17 years old, it was salt-and-pepper. It was white probably by the time I was 30.

What’s been some of the reaction to your win?

The phone’s buzzing non-stop. There are some numbers I don’t know. I say thank you to a random number. I’m afraid to say, “Who’s this?” in case I’m supposed to know.

What would you be doing if you weren’t training horses?

That’s scary. I don’t know what I’d be doing. [Turns to wife Jill and asks her opinion. She says, “Rock star.”] I like music, but I wasn’t really good at music. I think I would be in some kind of sales. [Jill disagrees.] Maybe that’s why I’ve been so successful. I just don’t think of anything else. There’s no Plan B in my life.

Much was made of how often jockey Victor Espinoza whipped American Pharoah in the Kentucky Derby. Are racehorses whipped too much?

The whips used now are really light. They don’t do it to punish the horse. They do it just to keep his focus. It doesn’t leave any welts. In the old days they had these really long ones, and they’d leave welts.

Any advice for wannabe Bob Bafferts out there?

Who’s the biggest influence in your life?

My father, because he is the one that fell in love with horses. He bought a couple of quarter-horse mares, and he decided that they were bred for racing. It started out as a hobby. I was at the right age where I followed him everywhere to watch these horses run. And when I got old enough, I helped take care of them. That’s how I got into it.

FIND THE INSPIRATION TO PURSUE YOUR DREAMS AT AMFAM.COM/DREAMS 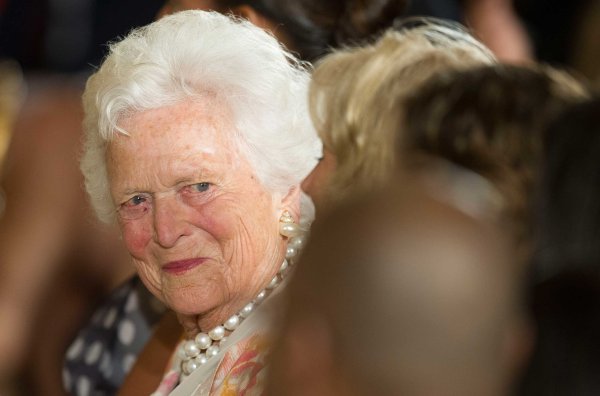 10 Questions With Barbara Bush
Next Up: Editor's Pick