How Rupert Murdoch First Got Into the Media Business

Media titan Rupert Murdoch is preparing to step down as CEO of 21st Century Fox and turn over the reins to his sons, according to reports on Thursday.

The move would continue a family legacy as media empire builders that reaches back to Murdoch’s father, Sir Keith Murdoch. A reporter for the Melbourne Age who made his name covering the Australian soldiers involved at Gallipoli during World War I, Keith Murdoch went on to thrive as a media executive. But he had little equity in the properties he ran–a lesson not lost on his ambitious son.

In a 1977 story, TIME explained how the gambling-loving Rupert Murdoch parlayed his father’s few remaining holdings into a global media behemoth:

In the late 1960s, Murdoch’s burgeoning empire expanded to include London papers and related ventures. His first experiment in the U.S. was a paper in San Antonio, and by 1976, he had the New York Post. By 1985 he’d bought half of 20th Century Fox, and he purchased the rest shortly after.

Read the full story, here in the TIME Vault: The Battle of New York 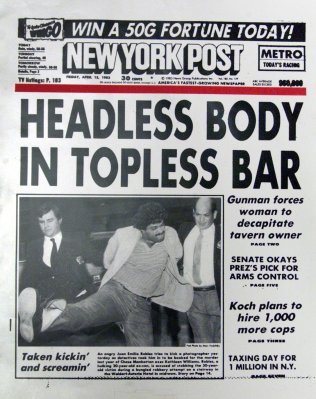 Writer of Famous Tabloid Headline Dies at 74
Next Up: Editor's Pick