This Is the Shocking Amount of Money You Throw Away Commuting

Those thankless hours (200 a year, on average) you spend commuting aren’t just dull and frustrating: They’re expensive. A new survey finds that American workers shell out an average of $2,600 every year on their commuting costs.

Commissioned for Citi’s ThankYou Premier credit card, the survey says the average daily cost of a commute in major cities is $12. Los Angeles is the priciest place to get to work, with an average $16 daily commuting cost, but even commuters in the lowest-cost cities for commuting, Chicago and San Francisco, still have to dig into their pockets to the tune of $11 every workday.

If time is money, though, New Yorkers might have the most expensive commute: They have an average commute of an hour and 13 minutes, and 44% of workers have hour-plus trips to work. Among major cities, Miami offers the shortest average commute at 49 minutes.

In an indication of how busy the rest of our lives are, about two-thirds of respondents say their commute is the only time they get to themselves — but we still want to be productive and get work done, based on the wide variety of activities we engage in during our trips to work.

About a third of workers try to make the most of their travel time by holding conference calls, and about a quarter email during their commutes. In New York, where public transportation is extensive and popular, people are much more likely to use commuting time to read and respond to email; more than half of survey respondents say they use their commutes for these workday chores. (New Yorkers also are more likely to read or use social media during their commutes.) More than a third of Chicago commuters use this time to prepare for meetings, and almost a quarter of Los Angelenos squeeze errand-running into their commuting time.

Almost 80% of commuters say their biggest expense is gas, and even with gas prices today lower than they’ve been in years, 60% of respondents said their commute has gotten more expensive over the past five years.

Cars are, by far, the most popular commuting vehicle, with 77% driving to work. Buses ferry 21% of Americans to work, while 17% ride subways or trains. About half, though, say they’d be open to commuting via bicycle if a bike-sharing service was available in their city. Although almost 60% of commuters in sunny Los Angeles indicated they’d like the option to bike, so did a slightly larger number of respondents in blustery Chicago. 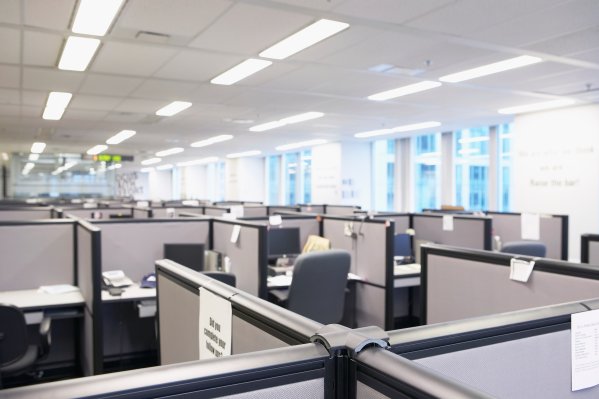 These Are America's Biggest Productivity Killers
Next Up: Editor's Pick