The Indian army’s recent operations against militants along its eastern borders remains largely shrouded in mystery and continued to cause controversy on Thursday, two days after special forces crossed the border into Burma (officially known as Myanmar) and inflicted “significant casualties” at two bases belonging to insurgents there.

The Burmese government denied the operation completely, with a Facebook post from the director of the president’s office reportedly saying that according to their information the operation was performed only on the Indian side of the border.

“Myanmar will not accept any foreigner who attacks neighboring countries in the back and creates problems by using our own territory,” he said, according to Indian local media.

It is still unclear how much of the Indian operation Burma was privy to, but a senior Indian military official had said on Wednesday that authorities from both countries had been in contact about the strikes. The back-and-forth allegations and denials, however, have created a degree of friction between two countries and armies that have generally been on good terms with each other.

“It creates a problem for the Myanmar government,” Rumel Dahiya, deputy director-general of New Delhi-based Institute for Defense Studies and Analysis, and a former brigadier in the Indian army, said in an interview with TIME.

Dahiya says India’s trumpeting of the operation’s success — a swift retaliation for a militant attack that killed 20 Indian soldiers in the northeastern state of Manipur last week — places the Burmese between a rock and a hard place, no matter whether they admit knowledge of the Indian operation or not. “What do they say?” he said, pointing out that 2015 is also an election year for Burma. “In both cases it creates a bit of a complication for them.”

Instead, Dahiya advocates greater coordination with the Burmese government, with the sharing of military intelligence and the planning of joint operations. “Doing these kinds of things repeatedly would become a problem unless they are on board,” he said.

The indication from the Indian government seems to be that such operations will continue to take place, with Defense Minister Manohar Parrikar saying on Thursday that the Burma operation represents a change in India’s mindset.

“Those who fear India’s new posture have already started reacting,” he said, according to the Times of India, in a pointed dig at the South Asian nation’s contentious neighbor Pakistan. India and Pakistan have fought three wars since the 1950s, and the disputed region of Kashmir remains a thorn in both their sides and a hotbed for regional terrorism.

“Pakistan is not Myanmar, and India should not think of repeating such an exercise inside Pakistani territory,” Pakistani interior minister Nisar Ali Khan had warned after the attack.

Many have criticized the Indian government’s “chest-thumping” over the successful covert operation, and although Dahiya also feels it is “definitely not required” he adds that it is part of a larger point that the Indian government under Prime Minister Narendra Modi wishes to drive home.

“The government is trying to convey a message that you can’t push India around, it’s a big country and it’s a country which can take care of its national interests,” he says, citing the reduction in ceasefire violations on the India-Pakistan border and Modi’s strong response to border infractions by China during Chinese president Xi Jinping’s visit last year as examples.

The Burma operation probably doesn’t represent the new norm in Indian foreign policy, Dahiya adds, but it does send the signal that “should an eventuality arise where the cost-benefit analysis suggests it is better to do that than being subjected to a major act of terror, then as the Americans say, all options are on the table.” 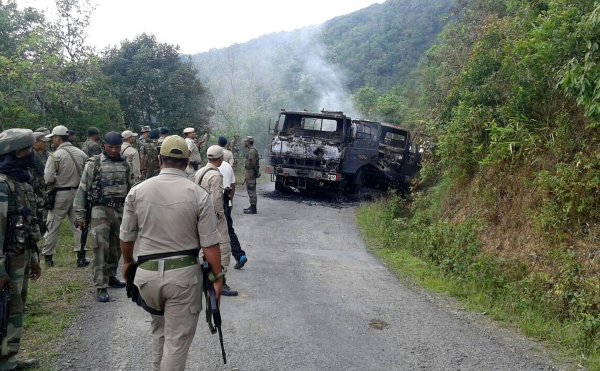