Why It Matters if Obama Smokes (and Why It Doesn't)

Since taking office in 2009, President Obama has aced three physicals. He regularly exercises, especially playing basketball, and has a personal chef — not to mention wife — who ensure he eats healthy.

But he has one (potential) vice that keeps coming back up: smoking.

A photo posted on Instagram by a spokesman for Italian Prime Minister Matteo Renzi buzzed around the Internet this week because it appeared to show President Obama on an outdoor balcony at the G-7 summit holding what might be a pack of cigarettes. (Or might not.)

The general public doesn’t care much. A 2009 poll by CNN found that most Americans’ views of the President aren’t affected by his struggle to quit smoking and only a third wanted to see him give up cigarettes completely.

The White House has typically responded by implying the President is free from his addiction.

Former White House spokesman Robert Gibbs said in December 2010 the President hadn’t smoked in “about nine months.” In 2011, First Lady Michelle Obama said the President hadn’t smoked in “almost a year,” saying his daughters had inspired him to kick the habit for good. After his 2014 physical, Obama’s personal physician said he “remains tobacco free.”

In a press briefing Wednesday, White House spokesman Josh Earnest said the object in Obama’s hands was not a pack of cigarettes. “It’s not,” he said, simply.

Obama clearly still struggles with his former habit, acknowledging that he chews Nicorette gum to quell his desire to smoke. But his previous statements that he’s given up cigarettes entirely raise questions when a photo like this surfaces. And when the White House avoids questions posed by TIME and other outlets about the President’s smoking habits, it allows rumors like this to fester.

In the end, it doesn’t matter that much. As a Washington Post writer noted, Obama has “the best health care and the lousiest gig in the world,” so if he chooses to light up from time to time, he’ll probably be just fine. 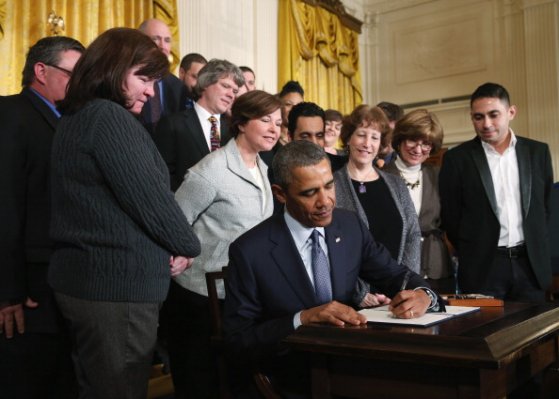 Will Overtime Rules Create or Cost Jobs?
Next Up: Editor's Pick