It’s a detail that only further cements his image as the real-life Tony Stark: Tesla’s CEO Elon Musk said on Tuesday that he personally tests Tesla’s new autopilot feature every week. It’s almost as if he’s using himself as a crash-test dummy.

The statement came at the company’s annual shareholder meeting. Musk said that the first version of Tesla’s autopilot feature — which assists customers with steering in case an emergency arises — will appear in new models as soon as this month or next.

“I’m testing the latest version of autopilot every week,” he said. “Typically, two or three builds per week that I’m testing on my car… But it is quite a tricky thing and we want to make sure our testing is exhaustive before releasing the software. But if we keep making progress I think we will be able to get it out to early access customers, which is our public beta program, around the end of this month. The expectation is that someone is paying attention to the road and is ready to take over if there’s an issue.”

Self-driving cars are an area of business that holds great interest not only for Musk, but also for surprising competitors such as Google. Musk has gotten himself into hot water this year for certain comments about driverless vehicles (he controversially said people might eventually be outlawed from driving cars due to the dangers of human error), but he has plowed forward with plans in this area.

A fully autonomous Tesla car is still at least three years away, Musk added, and it could take another few years for government regulation to catch up.

While the autopilot function that Musk is testing on his own car isn’t quite the futuristic self-driving functionality so many are buzzing about, it’s a step in that direction. 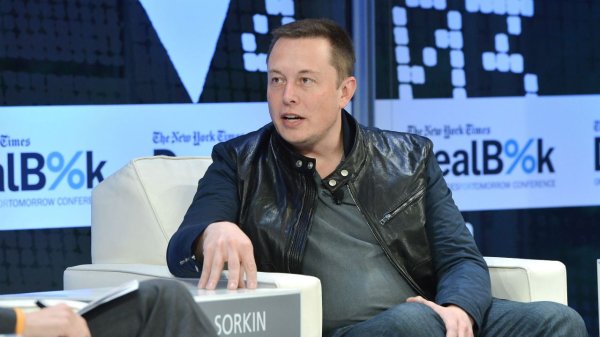 How You Can Play a PC Game Elon Musk Wrote When He Was 12
Next Up: Editor's Pick