Former Sen. Bill Bradley, D-N.J., takes his seat for the Senate Finance Committee hearing on "Getting to Yes on Tax Reform: What Lessons Can Congress Learn from the Tax Reform Act of 1986?" on Tuesday, Feb. 10, 2015.
Bill Clark—CQ-Roll Call,Inc.
Ideas
By Bill Bradley
Bill Bradley is a former U.S. senator.

In Ukraine, lives continue to be lost, families are split, property is destroyed, the economy is decimated, ethnic divisions proliferate, and political unity remains non-existent. The human tragedy grows every day. The U.S., Europe, and Russia seem deadlocked, unable to understand the other’s point of view.

Ukraine inflamed tensions recently by giving Ukrainian citizenship to Mikheil Saakashvili, the former President of Georgia, and then appointing him governor of the Odessa province. The chance for wider war lurks in the background with all that would mean for the Ukrainian people, Europe, and the U.S.-Russian relationship. As with many international events, the Ukrainian crisis has occurred in a broader historical context.

At the end of the Cold War, the prevailing view in Washington was that the U.S. was strong, and Russia was weak and did not count in a unipolar world. We disregarded Russia’s opposition to NATO expansion, the Iraq War, and the U.S.-led military intervention in Serbia for the independence of Kosovo. We went back on our assurances to Russia that the air war on Libya was limited to saving civilian lives and did not include regime change. We withdrew from the ABM Treaty and even suggested that Ukraine and Georgia join NATO.

With each rejection, Russia’s resentment grew. Confronted by the West’s support for the pro-Europe protests in Independence Square in 2013 (Euromaidan) and the unlawful deposition of President Viktor Yanukovych in 2014, Russia’s accumulated uneasiness over the West’s intentions increased, and its military intervention in Eastern Ukraine soon began. The U.S. actions in Kosovo—carving out an independent state based on ethnicity from within a sovereign nation—provided the precedent for Russia to carve Crimea out of Ukraine.

In May, U.S. Secretary of State John Kerry and German Chancellor Angela Merkel both held meetings with Putin, signaling that diplomatic efforts may be beginning to break the current stalemate over the Ukraine crisis. Such efforts must recognize, in retrospect, that all parties are responsible for the current situation: Russia, in its military interventions; the U.S. and Europe, in attempting to bring Ukraine exclusively into the Western sphere, especially NATO; and Ukraine itself, in not taking advantage of opportunities over the last 20 years to improve its governance, reduce corruption, and create greater national unity.

Accepting this shared responsibility for the crisis in Ukraine, we can pursue an understanding that recognizes both the legitimacy of Russia’s concerns about security threats on its border and the importance of self-determination by the Ukrainian people. Such a deal would have five features:

In short, as the West pursues renewed negotiations with Russia over the Ukraine crisis, these negotiations should not be expected to produce simply a series of Russian concessions. To this suggestion hard-liners in the West will inevitably characterize such thinking as “appeasement.” But compromise is not the same thing as appeasement, especially considering that Putin appears more a tactical opportunist than a strategic warmonger. Providing Russia a sense of territorial security by promising not to expand NATO to Ukraine or Georgia will eliminate the major excuse for expansionist aggression that Putin offers to his people.

Moreover, no alternative proposals to solve the current crisis in Ukraine seem plausible. Economic sanctions and falling oil prices will not alone convert Kremlin behavior via popular pressure, as Putin’s intransigence and high approval ratings among the Russian people indicate. With oil prices now rising, and the ruble partially recovering its value, counting on convulsive economic trouble in Russia would be quixotic.

Since Ukraine is not a member of NATO or vital to critical U.S. interests, Washington should not confront Russia militarily or lead a coalition to do so. And since shipping arms to Ukraine will only escalate the violence with no guarantee of Kiev’s victory over Russia-backed Eastern Ukraine, the U.S. should avoid sending military aid into the region.

What can eliminate Russia’s insecurity is a militarily neutral Ukraine—one that may prosper economically to its fullest potential by being a pawn of neither the West nor of Russia. Militarily neutral, Ukraine would be allowed to participate in both the European Union and the Eurasian Economic Union.

By demonstrating to Russia that the U.S. respects its territorial security, the U.S. could secure the trust of Russia’s people and possibly revive our relationship with the Russian government. And with this crisis behind them, the U.S. and Russia could renew a productive partnership on many of the important problems confronting both of us, including Islamic terrorism, nuclear weapons in Iran, and the long-neglected nuclear arms control process. The U.S. and the current Russian government may not be best of friends, but at least we can avoid becoming enemies. 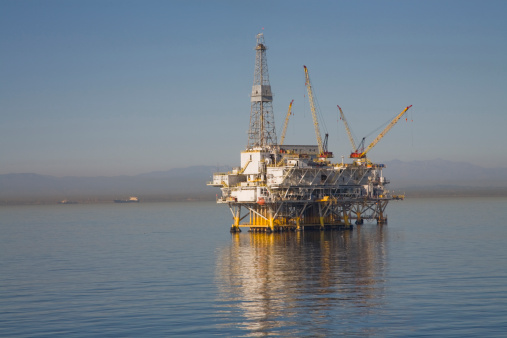 Don’t Blame the Oil Rigs for Unrest in East China Sea
Next Up: Editor's Pick