Elon Musk Wants to Build the Comcast of Outer Space

The company has lofty ambitions that would provide Internet to all corners of the world from space.

The Washington Post reports that Musk has been in talks with the federal government to get permission to launch 4,000 satellites with the capacity to beam Internet signals to Earth. If the plan works, SpaceX could set itself up in direct competition with telecom giants such as Comcast and AT&T.

It “would be like rebuilding the Internet in space,” Musk has said of the project, according to the newspaper.

But this isn’t the first or only venture of its kind. The publication reported that Bill Gates had a similar idea in the 1990s, and Richard Branson’s Virgin has its own plan in the works; Facebook recently shelved a project to build a $500 million satellite.

Musk’s FCC filing shows that he’d like to begin testing his satellite plan as early as next year, according to the newspaper.

“Some people might say the idea of satellite broadband has come and gone. But the cost structure of the business is so much better than when Bill Gates tried it,” said Paul Gallant, an analyst at Guggenheim Partners, in an interview with the Post. “I think Musk’s track record of disruptive innovation would make this a really attractive business for the . . . FCC to support.” 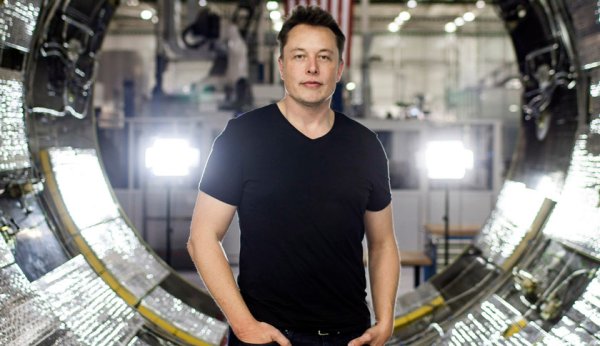 SpaceX Has a Radical New Invention Idea
Next Up: Editor's Pick