It only took Spotify one day to get back into the conversation after Apple’s big product event earlier this week.

On Monday, at its annual Worldwide Developers Conference in San Francisco, Calif., Apple announced the coming launch of Apple Music, its own digital music streaming service. On Tuesday, Spotify closed a massive new funding round worth $526 million.

The investors include Goldman Sachs, GSV Capital, Asset Management Partners, D.E. Shaw, and a number of British and Canadian groups. The round amounts to a Series G for the Stockholm-based startup (it has raised $1.1 billion to date), which is helmed by founder Daniel Ek. The round also gives Spotify, already a tech “unicorn,” a new valuation of $8.53 billion, up from $8 billion. For those keeping score, that’s more than double Pandora’s current market cap, and it’s nearly triple what Apple paid for Beats By Dre.

More: Read about Apple in the new Fortune 500 list

This funding round had been in the works for months, long before Apple’s announcement; the Wall Street Journal first reported the round in April, although it predicted the round would be just $400 million. Still, the round’s official closing on Tuesday brings Spotify immediately back into the conversation with some news of its own, after Apple achieved big hype from its big reveal on Monday. (As Fortune‘s Philip Elmer DeWitt pointed out, the announcement “occupied the coveted ‘one more thing’ spot” at the end of the event.)

Digital music companies — from Spotify to Pandora to Rdio to Jay Z’s Tidal — are facing increasingly hot competition from both rival players, and from bigger, broader tech giants such as Sony and Google.

In the wake of Apple’s announcement about Apple Music, there has been an attitude among many that the space will become a two-horse race between Spotify and Apple. Spotify’s big new round bolsters that prediction and makes a big statement. 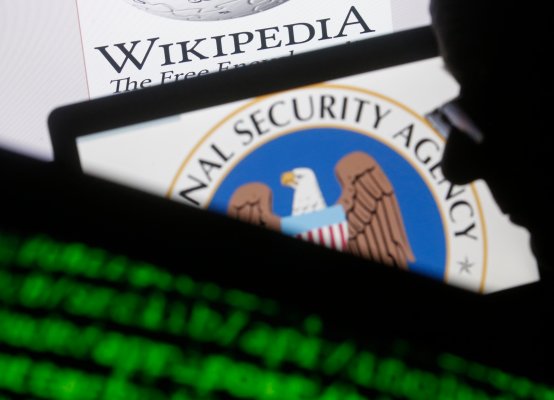 NSA Spying Is Going to Cost the Tech Sector Much More Than Thought
Next Up: Editor's Pick