Renowned scientist and Nobel prize winner Tim Hunt told a room full of high-ranking scientists and science journalists Wednesday that the trouble with “girls” working in science is that “three things happen when they are in the lab … You fall in love with them, they fall in love with you and when you criticize them, they cry.”

Hunt, who was speaking at the World Conference of Science Journalists in the South Korean capital, Seoul, went on to say that scientists should work in gender-segregated labs, adding that he hoped not “to stand in the way of women,” the Guardian reports.

Hunt, 72, won the 2001 Nobel prize in physiology and medicine for his work on protein molecules and their role in cell division. He was knighted in 2006.

The Royal Society, of which Hunt is a fellow, quickly tweeted a message distancing itself from Hunt’s remarks, writing that the comments “don’t reflect our views” and later adding, “Science needs women.”

The ratio of women to men in science, technology, engineering or mathematics (STEM) careers has remained persistently low despite initiatives around the world promoting science education for young girls. Women hold only 25% of American STEM jobs, according to a 2011 report from the U.S. Department of Commerce. 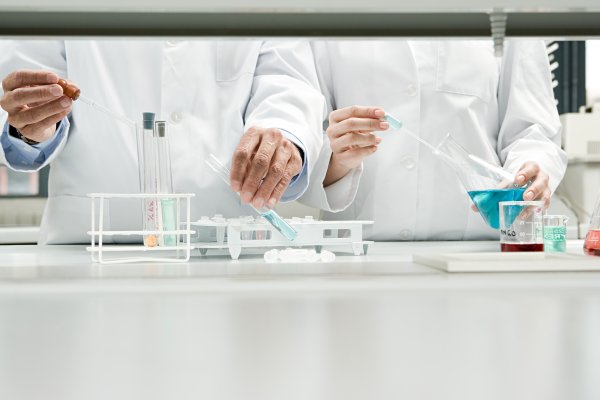 <i>Science</i> Deletes Column Advising Student to 'Put Up With' Advisor Staring Down Her Shirt
Next Up: Editor's Pick