By Pamela McClintock / The Hollywood Reporter

Writer-director Frederic Auburtin’s film beyond bombed in its limited debut in 10 theaters. Initial numbers reported by The Hollywood Reporter showed the film earning $607 on Friday and Saturday; updated numbers show the figure to be $634. United Passions earned another $284 on Sunday, according to those with access to figures.

United Passions also debuted on VOD, but rental and sales figures were not immediately available.

The timing of United Passions‘ debut in the U.S. couldn’t have been more ironic, coming just days after FIFA president Sepp Blatter was finally forced to resign in the wake of the indictment of 14 soccer officials on corruption charges.

The top-performing theater, as it were, was Laemmle’s NoHo 7 in North Hollywood ($249), followed by the Shirlington 7 in Hagerstown outside of Washington, D.C. ($192). New York City’s Cinema Village 3 reported $140 in ticket sales. At the other end of the spectrum, it appears that only two people went to see the film at ACM Cherry Hill 24 in Philadelphia, which reported $22 in revenue. United Passions also played in Phoenix, Kansas City, Miami, Minneapolis, Houston and Dallas.

Tim Roth plays Blatter in the historical drama, while Sam Neill portrays Blatter’s predecessor, Joao Havelange. Only Gerard Depardieu, who plays FIFA founder Jules Rimet and helped put the film together, showed up for the film’s world premiere at the Cannes Film Festival in 2014. The movie’s budget is estimated at between $25 million to $32 million, with FIFA said to have put up about three-quarters of the money.

In his review, THR‘s Frank Scheck concluded, “Even without the cloud of the recent disturbing developments, United Passions is a cringeworthy, self-aggrandizing affair that mainly benefits from its unintentional camp value.” 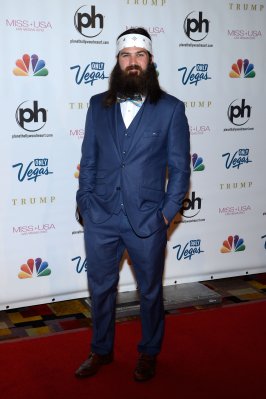