One of the South American businessmen implicated in the ongoing corruption scandal at world soccer’s governing body FIFA surrendered to police in Italy on Tuesday, two weeks after the U.S. issued a warrant for his arrest.

Alejandro Burzaco surrendered to authorities in the northern Italian city of Bolzano, the Wall Street Journal reported. He is the former chairman and chief executive of Argentina’s Torneos SA, a media company that won the rights to broadcast several tournaments including last year’s World Cup in Brazil and this year’s Copa America, which begins in Chile on Thursday.

The company fired Burzaco last week, soon after he was charged with racketeering, fraud and money laundering in an indictment by U.S. federal authorities and named in a “red notice” by Interpol. The 50-year-old was accompanied by three lawyers when he surrendered, and said he is willing to be extradited to the U.S. to provide information on the FIFA scandal.

“Alejandro Burzaco surrendered today so he could expedite his arrival in the U.S. to address the charges head on,” Sean Casey, a lawyer at Kobre & Kim in New York, also representing Burzaco, told the Journal in an emailed statement.

U.S. prosecutors are also seeking two other Argentine executives and a Brazilian executive in connection with the massive corruption scandal, which has implicated several top officials at one of world sport’s richest organizations and resulted in the resignation of FIFA chief Sepp Blatter earlier this month. 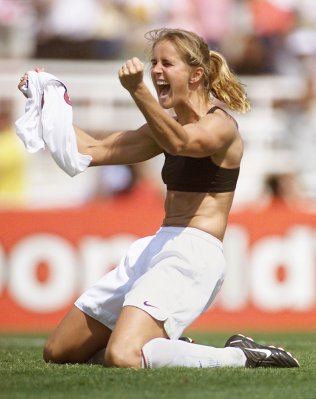 See the Top 8 Moments in the History of the Women's World Cup
Next Up: Editor's Pick