And that’s only half the scoop. The second part is who he’s playing: The Punisher, one of the most popular characters in the Marvel canon.

The Punisher, whose real name is Frank Castle, is a vigilante who aims to clean up New York City’s Hell’s Kitchen — just like Daredevil himself, Matt Murdoch. But unlike our blind ethical hero, The Punisher is willing to use any means necessary to accomplish his goals, no matter how lethal the results.

Since his star-making role on The Walking Dead, Bernthal has made big screen appearances in The Wolf of Wall Street, Fury and this month’s Me and Earl and the Dying Girl.

“Jon Bernthal brings an unmatched intensity to every role he takes on, with a potent blend of power, motivation and vulnerability that will connect with audiences,” said Jeph Loeb, Marvel’s Head of Television, in a statement. “Castle’s appearance will bring dramatic changes to the world of Matt Murdock and nothing will be the same.”

Last season’s Daredevil showrunner Steven S. DeKnight had said he had hoped to make an R-rated Punisher TV show. A few years back, Fox was working on a TV version of the character. Back in 2004, there was a Punisher film starring Thomas Jane (that was when Lionsgate had the rights to the title, which have since reverted back to Marvel).

Season 2 of Marvel’s Daredevil will be available streaming on Netflix in 2016. Here’s a look at The Punisher from the comics: 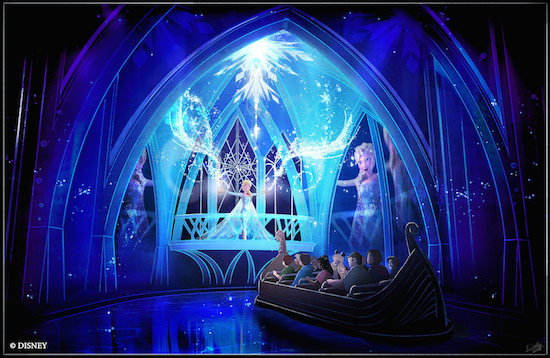 A Frozen Ride Is Coming to Disney World
Next Up: Editor's Pick