Gays in the U.S. Military Are Now Protected Against 'Witch Hunts'

Some labels never lose their sting inside the U.S. military. “Communist,” for example, remains potent, even if the U.S. imports more from Red China than any other country. “Gay” used to be one too, or at least it was when “homosexual” was the commonly-used term. But Tuesday’s announcement by Defense Secretary Ashton Carter that gays and lesbians will be protected from discrimination by the Pentagon’s equal-opportunity policy makes clear the Pentagon’s Old Guard has lost the culture war.

Talk about change: less than a generation ago, troops were investigated if commanders suspected they were gay. In fact, superiors often launched what were called “witch hunts” to find gay troops and boot them out of the service. But under the newly expanded equal-opportunity policy, any commander who orders such a hunt will be investigated, instead.

It’s hard to overstate how far this debate has come since presidential candidate Bill Clinton declared in 1992 that openly gay men and women should be permitted to serve in uniform. Following Clinton’s election, his proposal generated sharp opposition from U.S. military leaders, including Army General Colin Powell, chairman of the Joint Chiefs. They were reflecting the views of many of their troops: “At the Marine Corps ball,” one Marine wondered, “will we see homosexual couples dancing and kissing?”

Congress held a hearing in the Navy town of Norfolk, Va., in May 1993 to gauge sailor sentiment toward Clinton’s idea. “There’s going to be a lot of men overboard” because heterosexuals won’t tolerate gays working alongside them aboard ship, warned a sailor from the carrier USS John F. Kennedy. Added a female sailor aboard a sub tender: “There’s going to be a lot of problems—a lot of personal injuries, if not deaths—against gays and lesbians.”

The scare tactics worked for a nation uncertain about the wisdom of integrating gays into a tradition-bound culture like the U.S. military (the fact that it wasn’t an issue for other nations’ militaries never seemed to get much traction inside the Pentagon). Facing strong opposition from both the military and the Congress, Clinton compromised. “The new policy, dubbed ‘don’t ask, don’t tell, don’t pursue,’ bars the Pentagon from asking service members if they are gay, but forces gays to hide their sexual orientation or face expulsion,” the Philadelphia Inquirer reported at the time. “Gay activists were disappointed by the rules, which are to take effect Feb. 5 [1994]. They fall far short of the opening of the military to gays that President Clinton promised last winter.”

In some ways “don’t ask, don’t tell,” by locking gays into the closet, only complicated their lives. More than 13,000 were kicked out of the military under the Clinton compromise. And it certainly didn’t protect them, as Pfc. Barry Winchell’s murder at the hands of a fellow soldier in July 1999 showed. “The allegations surrounding Winchell’s life and death suggest that the ‘Don’t ask, don’t tell’ policy, far from being a neat compromise between barring gays and openly accepting them, is being carried out in a way that can create a dangerous atmosphere of intrigue in the ranks,” TIME reported in December of that year. (Winchell’s killer received a life sentence, with the possibility of parole.)

A decade later, the growing acceptance of gay men and women in U.S. society led to a new push by President Obama to end the ban. Yet many of those in uniform remained largely unpersuaded. In 2010 General James Amos, the Marine commandant, worried that openly gay men and women in uniform would be a distraction that could get Marines killed. “Mistakes and inattention or distractions cost Marines lives,” he said. “I don’t want to lose any Marines to the distraction.”

But society had moved on. Congress and the Pentagon ultimately decided openly gay men and women could serve, beginning in 2011. Lifting the ban became such an event that TIME invited a closeted Air Force pilot to write about the shift. He did so online as “Officer X” in more than 20 columns, before revealing his identity as 1st Lieutenant Karl Johnson, once the ban became history that September.

Amid a war in Afghanistan, the relatively few gay men and women who declared their sexuality generated scant attention, and even less hostility. It seemed the nation had bigger foes to fight. Or maybe it had just moved on.

But for others, the battle continues. “We absolutely cannot leave our transgender service members behind,” Ashley Broadway-Mack, president of the American Military Partner Association, said Tuesday following the Pentagon’s policy change. “We again urge Secretary Carter to also order a full and comprehensive review to update the outdated regulations that prevent transgender service members from serving openly and honestly.” 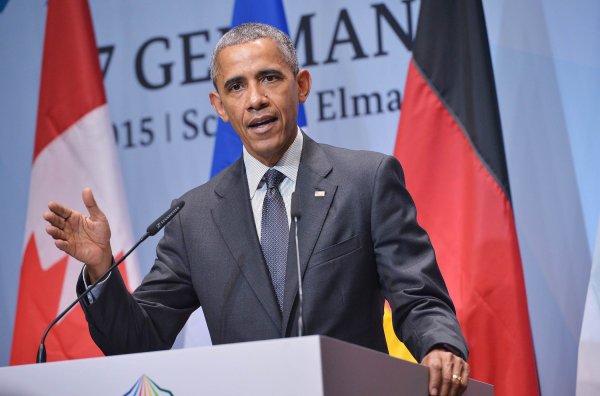 Obama Wants Iraq to Do More in Battle Against ISIS
Next Up: Editor's Pick