7 Questions For Season 3 of Orange Is the New Black

The third annual weekend of Orange Is the New Black will begin this Friday. We know we’re in for something a little different than season two, which delved into Litchfield’s underbelly thanks to the presence of Vee, but this time around, fans will get a mix of lightness with an emotional punch. While many of season two’s story lines were wrapped up nicely, and we know that some characters—sorry, Larry—are not set to return, there are still some lingering questions we hope get cleared up when we settle in to (binge) watch.

Is Vee really dead?
Vee, season two’s arch villain, seemed dead after being run over by Rosa’s getaway car. A bit of blood spilled from her nose and her eyes were wide open. However, rumors have persisted that Vee might still be coming back. TMZ asserted in October that Lorraine Toussaint was back for filming, and even though EW reported that Toussaint was not going to be on season three, some eagle-eyed trailer viewers and Toussaint herself have kept hopes alive. Various sites noted seeing a blurry figure with Vee’s hairstyle in a trailer for the third season, and Bustle pointed out that Toussaint herself teased a possible return on the red carpet of the Critics’ Choice TV Awards.

Did Rosa get away?
The last we saw of the cancer patient Rosa, she was driving the prison’s van, getting one last hurrah, and running over Vee in the process. Did Rosa actually make her getaway and go out on her own terms in a sort of Thelma & Louise blaze of glory? Or did the authorities catch up with her?

What’s Suzanne Warren’s full backstory?
Last season saw an increased focus on “Crazy Eyes,” the show’s breakout character, but we still don’t know exactly what she did to land herself in Litchfield. We did get backstory for Suzanne last season, wherein we learned about her upbringing in a white family and her resentment toward her own mother. But given how Suzanne was manipulated by Vee last season—she ended the season clutching the Uno cards Vee gave her and sobbing—it would be gratifying to delve deeper into her history.

What happens to Vee’s heroin?
In the season finale Nicky moved Vee’s heroin into a wall in the laundry room, as part of her attempt to get back at Vee for attacking Red. Alas, Vee gets away from Litchfield before that can happen, and Nicky is left looking at the drugs—her vice—in the wall, likely pondering Big Boo’s suggestion that they should keep it.

Will Bennett act as father to Daya’s baby?
Bennett attempted to nobly claim to Caputo that Daya’s baby was his in the season two finale, but Caputo, now the prison’s head honcho thanks to Figueroa’s embezzlement, told him to keep quiet. So what happens to the child when Daya actually gives birth?

How, exactly, does Alex get back into Litchfield?
We know that Alex Vause is back at Litchfield in season three for violating parole, but what were the exact circumstances that led here there? Piper asked Larry and Polly to rat her out, but she also sealed her own fate by being caught with a gun.

Does Brook Soso make a friend?
Poor Brook Soso. She may have started out being super annoying, but by the time she confessed to Piper in the finale that “this is the loneliest place I’ve ever been and I lived alone in a tree for eight months,” maybe it’s time for her to find a friend. 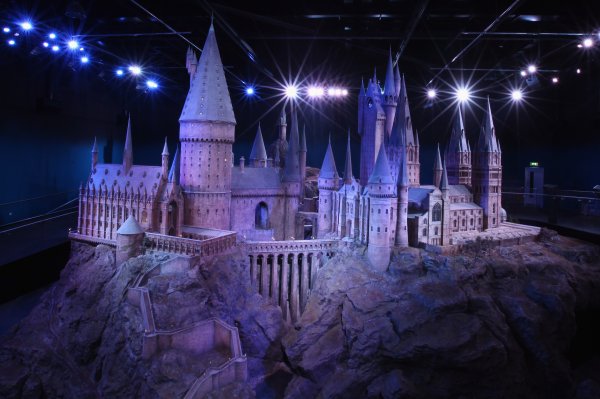 This Is What American Hogwarts Could Be Like
Next Up: Editor's Pick