The Politics of Multiracial Americans

Multiracial adults are more likely than the average American to dissociate themselves from the two major political parties, with nearly half identifying as neither Democrats nor Republicans, according to a new report by the Pew Research Center.

Pew’s survey—a comprehensive look at the attitudes, experiences and values of mixed-race Americans—found that 44% of multiracial adults identify as either political independents (28%) or “something else” (16%). Among the general public, just 36% profess no partisan leanings.

The trend is particularly pronounced among young multiracial adults. More than half of all mixed-race Americans ages 18 to 29 affiliate with neither Republican nor Democrat, with 29% classifying themselves as political independents and 23% identifying as “something else.”

Multiracial Americans’ diminished sense of partisanship has the potential to reshape electoral coalitions in an era of demographic change. The percentage of multiracial babies born in America has ballooned from just 1% in 1970 to 10% in 2013, according to Pew. The sense of alienation from the political process reported by mixed-race adults suggests the need for both parties to recalibrate their messaging to match a growing, increasingly nonpartisan segment of the country. It also underscores the potential for a third party to emerge as the U.S. evolves into the majority-minority country over the next three decades.

Despite their heightened aversion to partisanship, multiracial Americans tend to mirror the general public’s political leanings. Adults who are mix of white and Asian, white and black or black and American Indian are all more likely to affiliate with or lean Democratic—though slightly less so than single-race whites, blacks or Asians.

Of all the mixed-race groups surveyed by Pew, only Americans who are part white and part American Indian favor Republicans, 53% to 42%. That proportion is similar to the political leanings of single-race whites, who identify as or lean Republican by a 55% to 41% margin.

For Pew, one of the challenges of pinpointing mixed-race Americans’ political leanings was defining the size of the multiracial population. It has only been 15 years since the U.S. Census Bureau allowed respondents to identify as more than one race, and many of those who qualify as multiracial don’t self-identify as such.

As a result, Pew argues, the Census estimate that about 2% of the U.S. is mixed-race may undershoot the mark. Pew’s report found that 7% of the U.S. population could be considered multiracial, based on respondents’ answers and the races of their parents or grandparents.

The Pew Research Center survey polled 1,555 multiracial adults and 1,495 members of the general public from February to April. 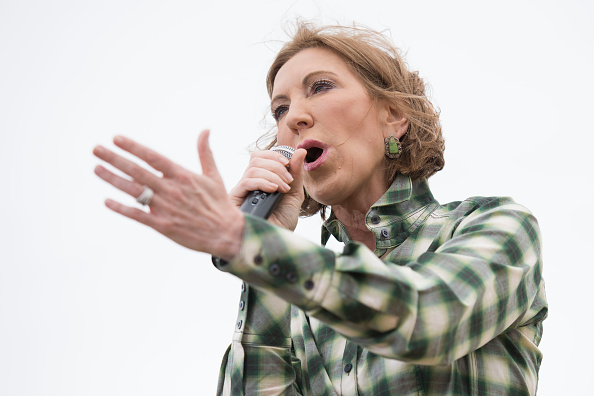 Fiorina: Business Career Will Help Me Take On Big Business
Next Up: Editor's Pick