The Pentagon has added one laboratory in the UK and another in Massachusetts to a list of laboratories that recently received shipments of live anthrax samples from a U.S. Army facility.

These shipments may have been the inadvertent result of a quality control oversight at a U.S. Army facility in Utah, Reuters reports. The Dugway Proving Ground facility, which is working with the DoD to research potential bio-weapons, routinely uses radiation to permanently deactivate anthrax spores before sending them, but it is possible for some spores to remain alive through the treatment.

These new shipments bring the total number of laboratories to have received recent live anthrax shipments from Dugway to 68, located in 19 states and 4 countries, including Australia, Canada, South Korea and Britain. The first live sample was identified on the evening of May 27 at a laboratory in Maryland.

This is the second prominent accidental Anthrax scare in recent months; in 2014, the Centers for Disease Control and Prevention (CDC) reported that as many as 75 of its workers had been exposed to a live Anthrax sample after procedures to kill the bacteria were improperly executed.

The Centers for Disease Control and Prevention and the Pentagon are currently investigating the cause of these recent shipments. 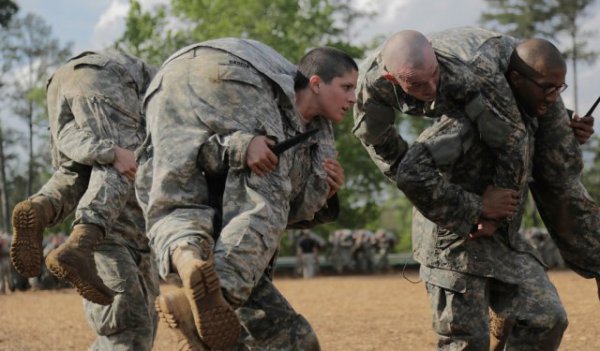 Women in Ranger School Training Fail to Pass Course
Next Up: Editor's Pick