Undercover investigation conducted at an egg supplier to Costco, the nations second-largest grocery retailer.
Courtesy of the Humane Society of the United States
By Justin Worland

An undercover investigation by the Humane Society of the United States found that a leading chicken farm that sells eggs to retail giant Costco has forced its chickens to live in cramped cages, often with decaying or mummified chicken corpses, the group said on Tuesday.

“It really is harder to imagine a worse existence than being confined in one of these battery cages,” said Paul Shapiro, vice president of farm animal protection for the Humane Society, on a telephone press conference. “The inhumane and unhygienic conditions that we exposed… are unsustainable.”

A Humane Society affiliate worked undercover at Hillandale Farms in Pennsylvania for nearly a month while simultaneously capturing photographic and video evidence of grim treatment of egg-supplying chickens. In the video several hens are crammed together in a small cage, each living on less space than a sheet of paper. The group alleges that a single worker may be responsible for more than 250,000 chickens, making it difficult to keep track of dead chickens. Many hens that have died will sit at the bottom of their cages for weeks before being removed, the investigation says.

Read More: A Guide to What Kind of Eggs You Should Buy

The eggs’ packaging, which portrays chickens roaming on an idyllic farm with green grass, couldn’t be further from the truth, Shapiro said. “These hens never feel sun on their back, never set foot on a blade of grass, never even spread their wings,” he said.

The treatment of caged hens could have health implications for humans as well as hens. Multiple studies have found that housing hens in particularly close quarters, known as battery cages, may increase the likelihood of salmonella poisoning. Indeed, a Hillandale facility in Iowa was at the center of a salmonella outbreak that affected more than 1,600 people and led to the recall of 500 million eggs, according to the Centers for Disease Control and Prevention (CDC). At the time, a Hillandale representative said that the incident had company officials “to take a hard look at our operations.”

This is not the first time undercover reporting by animal rights organizations has exposed practices seen as inhumane. A 2008 video captured by People for the Ethical Treatment of Animals (PETA) of brutal methods used to kill pigs at an Iowa farm sparked a national outcry. In response, agriculture lobbyists began to advocate for controversial laws that would criminalize undercover reporting on the treatment of animals.

The European Union banned battery cages in 2012 and many suppliers in the U.S. have followed suit. For its part, Costco announced in 2007 that it planned to move to cage free eggs, but didn’t provide a timeline for achieving that goal. Hillandale Farms and Costco representatives did not immediately return requests for comment from TIME. Reuters reported that a Hillandale employee said the company was aware of the investigation, but had no immediate comment. 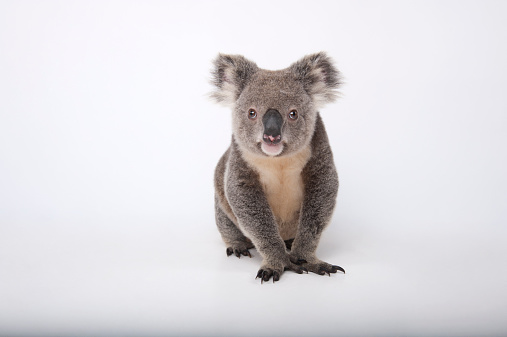 This Baby Koala Won't Leave Mom's Side During Surgery
Next Up: Editor's Pick