Pain Threshold: Game of Thrones, Hannibal and the 'Not for Me' Moment

In the episode “The Dance of Dragons,” Game of Thrones had an argument with itself, about itself. As they watched men hack each other up in the fighting pits, Meereenese one-percenter Hizdahr zo Loraq asked seatmate Tyrion Lannister, “What great thing has ever been accomplished without killing or cruelty?” Tyrion, currently on the outs with the ruling class of his own land, has a different opinion: “There has always been more than enough death in the world for my taste,” he says. “I can do without it in my leisure time.”

Maybe Tyrion has been watching too much Game of Thrones. Never a light-hearted series (more a horse-hearted series), the show has come under attack this season for visiting some of its worst horrors on some of its most-beloved characters: we saw Sansa Stark raped by new husband Ramsay Bolton (or rather saw Theon see it) and saw Shireen Baratheon burned as a sacrifice by her father to the Lord of Light (or rather heard her chilling screams). An ugly battle became a draining siege; the victories were few, the misery fell like snow on The Wall.

Which has led fans–senator Claire McCaskill, notably–to declare they’re done, finished, gone like Gendry. They have a point; actually, they have a quiver full of them. In general, the producers could stand to learn that less is more: we got that Ramsay was a sadist, say, 15 flayings ago. The show tends to amp up its shocker moments too much with horror-show musical cues and grisly visuals. (Game of Thrones the watercooler show is the worst enemy of Game of Thrones the sophisticated drama.) And its depiction of rape–well, that’s several thousand-word essays in itself, but every time the series commits to the story seriously, as a weapon of war with lasting consequences, it’s haunted by every time it’s thrown in rape or the threat of rape as casual Plot Helper (Gilly’s near-rape a few weeks ago, the gratuitous scenes in Craster’s Keep).

As for Shireen? As I watched the episode, I was not exactly the picture of calm:

And yet. I love Game of Thrones anyway, because the whole is greater than the sum of its body parts. It has powerful ideas about politics; about the strength and dangers of faith; about the difference between loveable and effective leadership; about how idealism can become a kind of imperialism; about how excessive honor can be a weakness, and excessive cruelty, and excessive rigidity; about how anger can be so long and memories so short that you can decide that a wall built to save humanity is really there to keep out poor people. It’s wise and funny and thrilling and immaculately acted and awesome in both the slang and dictionary sense.

But here’s what I’m not saying: that the people who have decided they’re done with Game of Thrones are wusses. That they don’t get it. That they want to deny “reality,” that they want to whitewash the “history” the fantasy here is based on, that they’re selective in their outrage, that look, it’s supposed to be disturbing and if they can’t take it, hey, My Little Pony‘s on Netflix, candyasses.

Because the fact is I’ve been that person, the no-thanks-here’s-where-I-get-off person, with other shows. Who isn’t that person, for something? I wrote last year about The Missing, an excellent British drama about a ghastly child abduction case, which I simply couldn’t stick with after the five screener episodes that I reviewed positively, because child-in-peril stories are just a higher bar for me to clear:

I’ve also been that person with NBC’s Hannibal. I have tried to love this show. I watched the entire first season; I tried again with the second; I’ve watched the opening episodes of the third. Intellectually, I know this is an amazing series. (Matt Zoller Seitz eloquently makes the case for it at Vulture.) As a visual document, it’s the closest network TV gets to pure art. It’s structurally daring and psychologically probing; its images are as rich as the flesh of a beast fed only acorns and oysters.

But—this is not a thing a serious critic is supposed to say—I just don’t like it. No, more like I can’t like it. I can admire it, be awed by it, but I can’t connect with it in any way that makes me want to tune in the next episode. It leaves me cold. I don’t find Lecter fascinating or even interesting, nor Will Graham’s tortured empathy. I know that it is a show about a killer who aestheticizes violence (though the violence often happens offscreen), and yet I can’t help but be skeeved by the aestheticization of violence—the endless searing chops, pan reductions and unctuous juices. (Sidebar: do you really serve man-flesh that rare? Isn’t it more like pork?) I simply find nothing to attach to in it. It is a shimmering sheer glass wall that I lack the emotional suction cups to scale.

I don’t, however, assume that Hannibal‘s makers, or its fans, get off on cannibalism. I don’t think they find suffering amusing. And I resist the idea that depicting a thing equals endorsing that thing (a charge against TV going back to Tony Soprano and Archie Bunker). Hannibal isn’t cheaply, dumbly exploitative (unlike, say, last season’s Stalker).

It’s just not for me, and there’s a difference between “not for me” and “not for any decent person.” Unlike the fans in Meereen Square Garden, most of us—I hope!—do not enjoy murder, or rape, or the immolation of children, in themselves, for their own sake, without context.

And context doth made hypocrites of us all. Thus I would defend the Shireen story even though I dread child-in-peril stories, even though I hated watching it probably more than any scene in five seasons (on a show that has crucified children and pushed one out a window). Stannis, though he has benefitted from having awful enemies to be compared to, is not a good man. He’s a lawful man, with a rigid code, but that’s not the same thing. His inflexible dedication to the rules (right down to grammar) and to his legitimacy overwhelms his mercy and his love. If Game of Thrones is a test of varying spins on what is a “good” ruler, this is what you get with Stannis: a promise of a fortified Wall, and an innocent girl burned alive.

“The Dance of Dragons” aired a week after the outstanding “Hardhome,” which ended with Jon Snow rowing off in silence with the few Wildling survivors of a massacre by the Night’s King and his undead army. You could see it as just another in a chain of OMG moments, but I think the episodes pair together to a purpose. Game of Thrones is a story about war for power—but it’s also a story of how that war is fought by self-interested, awful people whose squabbles distract them from encroaching, global frozen death. Stannis burning Shireen on the pyre of his ambition, Dany soaring away from the city she left in bloody chaos, are all part of a struggle for an Iron Throne that will be worthless if no one bothers to melt the Icicle Crown.

That said: the fact is that Game of Thrones, like its source books—and like many other HBO dramas—is predicated on the idea that life in its world is largely terrible, and the people running it are largely terrible, except the good ones, to whom largely terrible things happen. In most of its societies, like in many Earthly ones, women are traded like chattel and thousands die to advance the fortunes of boldface names.

That is a legitimate choice! But it is a choice. To say that Thrones has to be a certain way because its story is “medieval” is as wrong as to say that because it is a “fantasy,” it is able and thus obligated to uplift us. It could have been set in a society with a different power structure, or different ideas about women and the powerless, or just less burning alive. It could have decided to be Tolkien, or Galavant. It didn’t. Having made that valid choice, it’s fair for the show to make choices that are consistent with that vision—and it’s fair game for people to reject that vision.

But I think you can critique a show without reviewing the audience. Like I’ve said before and I’ll say again: TV’s not a chili-pepper-eating contest; no TV watcher has an obligation to art to show how much pain they can stomach. Conversely, the fact that a story sickens me is not proof that that story is irresponsible or morally reckless, or that people who enjoy it are sick bastards. My gut doesn’t make the rules, no matter what Stephen Colbert says.

So if you love Hannibal, bon appetit—it looks like you’ve got a strong season ahead. As for me, I’m looking forward to more Game of Thrones, even the parts that, I guarantee you, I will hate to watch.

Read next: Game of Thrones Showrunner on the Horrifying Death Scene: ‘It’s Supposed to Be Awful’ 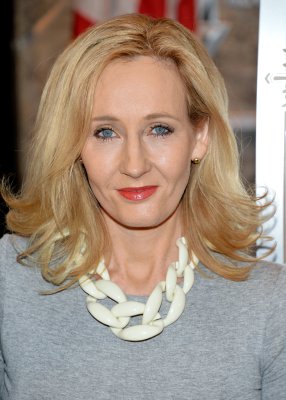