Pity poor Sarah Jessica Parker. Without doing anything but winning over America, she’s ended up caught in a tussle between the novelist Candace Bushnell and her legacy.

After all, Bushnell has, since the late 1990s, been most famous for something Parker did: Turning Carrie Bradshaw into a romantic heroine. Sex and the City, Bushnell’s 1994-96 New York Observer column and 1997 book about a clique of neurotic, messy abusers of substances and one another, centered around one Carrie Bradshaw, the worst of the lot. It was a scathing satire of fin de siècle life in the world’s most important, and most self-important, city, and Bradshaw’s pathologies, though understandable, were far from cute. The HBO adaptation began, too, as a pretty biting satire, but Parker’s winsome portrayal ended up turning Bradshaw into the sort of heroine that can inhabit the center of a profitable movie franchise and become something of a Zeitgeist unto herself.

Carrie Bradshaw as played by Parker was last seen in 2010, with the release of Sex and the City 2, a fairytale-like romp in the Middle East. That film grossed some $288 million worldwide, but had become unrecognizable, a cobbled-together Frankenstein in Louboutins. Though Big and Carrie stayed together, the enterprise had undergone a divorce from reality. Bushnell tried to regain control of her own creation in the past couple years with two young-adult novels about Carrie Bradshaw growing up in the 1980s. Even after writing a book about entirely different characters, Bushnell still seems preoccupied; her new book Killing Monica reads like a fairly unhappy comment about life in the shadow of one’s own creation.

While Bushnell has said that Killing Monica is entirely a work of fiction, it’s hard to believe that none of her real-life frustrations made it into the story of aspiring literary novelist Pandy Wallis, whose career is sidetracked by the popularity of actress SondraBeth Schnowzer playing Pandy’s “Monica” character. Schnowzer, a relative unknown who rises to stardom on the back of Monica while Pandy’s contributions are forgotten by opinion-makers, is drawn with plenty of fang but little finesse. She’s Pandy’s fair-weather friend—a creature of Hollywood so slim she refers to herself as a “racehorse,” a drama queen who so overidentifies with the Monica character that she steals it away from Pandy. Killing Monica is pugnacious from the early moment SondraBeth enters. What subtle differences from Parker exist in the book—SondraBeth is a newcomer, not a former child star, and she’s an object of tabloid fascination, unlike the reticent real-life star—they’re not enough to preclude the uncomfortable sense of walking into a family feud.

But whatever one thinks of the parallels between Schnowzer and Parker, this fight isn’t really about them. The real tension, unfortunate at best, comes from framing a character seemingly styled after Parker as the delusional thief of a writer’s intellectual property, rather than as an actress doing her job. After all, despite Bushnell’s apparent frustration at changing times and the rise of social media (called here “Instalife”), seasons change. So do cities. And so does any work of fiction as time goes by. A TV series as caustic as the original Sex and the City columns would never have survived. And it’s no accident that the tone of the HBO series significantly softened after Sept. 11, 2001; irony may not have been dead, just then, but it wasn’t culturally prevalent. Bushnell’s attempt, in Killing Monica, to litigate through fiction what happened to her creation only proves that the changes the show’s cast and contributors wrought may have been for the best, in terms of giving depth and longevity to Bushnell’s project and earning it a loyal TV and movie audience.

On that note, there’s good news: If you’re a Sex and the City fan, the book is intensely readable. Bushnell actually is something of a forgotten relic in the show’s origin story, and her depiction of an artist feeling both cut off from and constrained by her own creation is often compelling. But while Pandy plots outlandish schemes to free herself from Monica’s oppressive omnipresence, Bushnell’s path out could have been (and could still be) far simpler. “You want people to think you’re literary?” another character asks Pandy at one point. “Then be literary.” If the one story left for Bushnell to tell is dealing with the fallout from her first book, then the opportunity to write herself a new reputation is a chance she should have recognized. 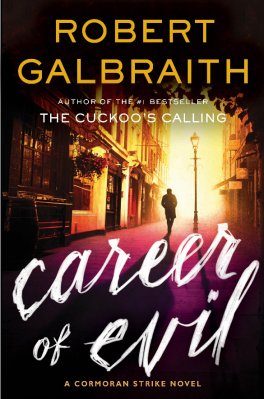 J.K. Rowling's New Book to Be Released This Fall
Next Up: Editor's Pick