Why Obama Is Reaching Out to Catholics on Health Care

Pope Francis (R) speaks with President Barack Obama during a private audience on March 27, 2014 at the Vatican.
SAUL LOEB—AFP/Getty Images
By Elizabeth Dias

President Obama’s decision to speak before the Catholic Health Association on Tuesday about the morality of caring for society’s vulnerable is politically strategic. Coming not long before an expected Supreme Court ruling on national subsidies in his signature health care reform, the speech highlights key supporters in the Catholic community for Obama’s agenda ahead of Pope Francis’ September visit to the U.S.

While the United States Conference of Catholic Bishops opposed the Affordable Care Act over its contraception and abortion coverage, the Catholic Health Association broke rank and consistently supported the law for making practical progress on helping working-class families and the poor. Obama even gave CHA president Sister Carol Keehan one of the 21 pens he used to sign the bill into law in 2010.

More recently, the CHA filed an amicus brief defending the law in the pending Supreme Court case, King v. Burwell, that could invalidate federal subsidies for more than 6 million people if it strikes down provisions of the law. “Our nation took a giant step forward [with the Affordable Care Act],” Keehan said in a statement in January. “And now if this case is decided wrongly, we’ll take a giant step back.”

Last month, Obama stressed his shared interests with Pope Francis in addressing poverty at Georgetown University conference sponsored by leading Catholic and evangelical groups. Obama’s speech to the CHA this week followed a keynote by Archbishop Blase Cupich of Chicago, who addressed the conference on Monday, and whose appointment as archbishop has been considered telling of the direction Pope Francis hopes to point the U.S. Catholic Church. Cupich did not address politics or the Affordable Care Act specifically, but his broader tone was clear. The words “abortion,” “contraception,” and “birth control” did not appear in his talk, but the word “poor” occurred 18 times. Cupich also drew attention instead to the work of Catholic women, especially nuns, who have long been the backbone of the Church’s health care operation.

That’s good news for a president who continues to defend the Affordable Care Act on similar grounds. The current Supreme Court case “probably shouldn’t even have been taken up,” he said at a press briefing after the G7 Summit on Monday. “There is no reason why the existing exchanges should be overturned through a court case,” Obama said. “It means that millions of people who are obtaining insurance currently with subsidies suddenly aren’t getting those subsidies; many of them can’t afford it; they pull out; and the assumptions that the insurance companies made when they priced their insurance suddenly gets thrown out the window. And it would be disruptive—not just, by the way, for folks in the exchanges, but for those insurance markets in those states, generally.”

But the very fact that Obama is championing the law to the CHA instead of the United States Conference of Catholic Bishops reveals his remaining obstacles. Dozens of lawsuits challenging the Affordable Care Act, many from Catholic organizations, are not going away, even after this Supreme Court case is decided. The bishops are preparing to host the annual “Fortnight of Freedom” that will coincide with July 4 and celebrates martyrs who suffered for their faith against political opposition—this year there’s a special emphasis on religious freedom.

“The President realizes that ahead of Pope Francis’s visit later this year, he needs to shore up support for his signature health care reform law in the Catholic community, particularly in light of the bishops’ concerns about how the law protects the Church’s religious liberty,” Christopher Hale, executive director of the public policy nonprofit Catholics in Alliance for the Common Good, says.

Hale adds: “The Catholic Church in the United States supports a universal health care law that both protects the poor and the Church’s right to practice its faith without undue interference from the federal government. The President needs to convince the Catholic Church that’s exactly what Obamacare does.” 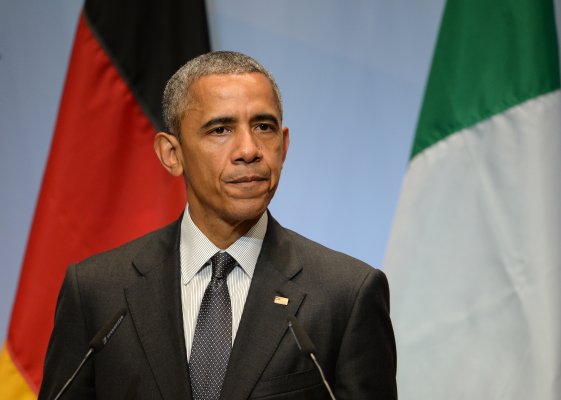 Obama to Defend Healthcare Law Ahead of Court Ruling
Next Up: Editor's Pick