This Is Apple Music's 1 Huge Advantage Over Spotify

Apple Music is clearly aimed at on-demand streaming king Spotify, even matching the $9.99/month price for Spotify’s ad-free Premium subscription. What Spotify offers that Apple Music doesn’t is a free version, which has a more limited feature set and jams your jams with ads every few songs.

But that free tier could actually be a massive disadvantage for Spotify. Only about about 15% of Spotify’s 60 million users pay for the service, but their subscription fees make up around 90% of the company’s revenue.

That small but highly lucrative slice of Spotify users is exactly what Apple is after with Apple Music. After all, those users have already shown they’re willing to fork over 10 bucks a month for unlimited tunes. And there’s no penalty for switching: Spotify charges month-to-month with no cancellation fee, so users aren’t locked in to the service. This also explains why Apple’s rolling out an Android version of Apple Music — to go after more of Spotify’s user base. If Apple converts enough of Spotify’s paid users, it could totally decimate Spotify’s business.

But the biggest advantage Apple Music will have is even simpler than all that: It will be automatically installed when iPhone users upgrade to iOS 8.4 later this month, while iPhones sold with that software on board will have the app pre-installed. Installing an app from the App Store is a dead simple process, but it’s still a big barrier to adoption. Having that nice shiny Apple Music logo on users’ screens right off the bat will give Apple Music a big push in its early days — especially in concert with Apple’s three-months-free offering. If Apple converts enough trial users into paid subscribers, that one-two punch could send Spotify spiraling into second place.

Read next: 4 Things Apple Just Announced That You Need to Know About 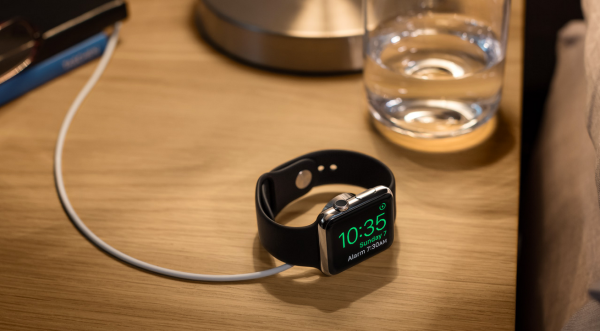 See How Google and Apple's Latest Big Announcements Compare
Next Up: Editor's Pick