A woman attends a peace protest in Ahmedabad on March 20, 2015, in the wake of the gang-rape on an elderly nun.
SAM PANTHAKY—AFP/Getty Images
By Rohit Inani / New Delhi

Authorities in the Indian capital, New Delhi, have made a hasty about-face after granting local doctors permission to perform digital vaginal examinations on victims of rape and sexual assault. The permission, which appeared to contradict a medical ban, was made in a circular sent to local hospitals, the BBC reports, and drew a fierce backlash.

According to Indian news site Firstpost, the circular described the so-called two-finger test as “essential” and said that forgoing it “would amount to incomplete assessment of the survivor.”

New Delhi health minister Satyendra Jain said that criticism of the circular misrepresented authorities’ intentions, which were to seek higher conviction rates. The document also stressed that the “informed consent” of the victim should be sought.

However, India’s Supreme Court ruled that the humiliating and outdated procedure violated a woman’s privacy in 2013. It was subsequently banned by the Department of Health Research and the Indian Medical Council in guidelines issued in 2014.

Despite that, the test is still performed in some parts of India.

Sexual violence, and the harassment of women, have been sensitive topics in India since a brutal 2012 gang rape in Delhi sparked nationwide protests and made headlines around the world. 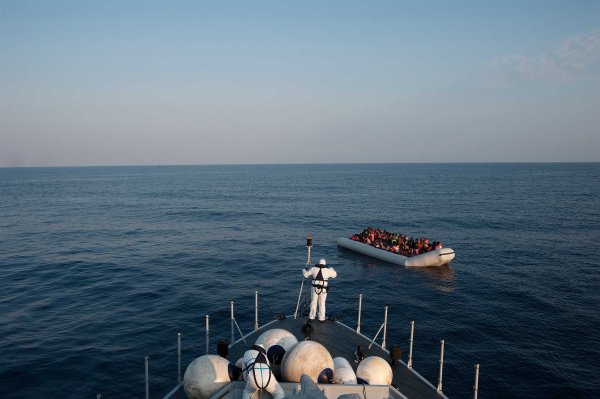 See Images of the Mediterranean's Migrant Crisis
Next Up: Editor's Pick