South Korea authorities confirmed the death of another person diagnosed with Middle East Respiratory Syndrome (MERS) on Tuesday, raising the toll from the outbreak to seven.

The latest victim was a 68-year-old woman who had previously suffered from chronic heart conditions before contracting the respiratory virus, according to the state news agency Yonhap.

Public health officials have been working frantically to contain the virus’s spread since the outbreak began on May 20. On Tuesday morning, authorities said that eight new cases of the virus had been diagnosed, raising the number of infections across the country to 95.

Over 2,800 people have been quarantined — up from 2,300 reported Monday — and more than 1,800 schools closed in an effort to halt the spread of the contagion.

However, health officials say progress is being made against the outbreak because infections have only been recorded at hospitals where a MERS patient has been treated, or which has been visited by somebody with MERS. So far, the disease has not emerged in the community at large.

“This week may be very crucial to overcoming MERS,” Prime Minister Choi Kyung-hwan told a meeting of top officials this week, reports Yonhap.

Public-health experts appear to concur that the risk of a rapidly spreading pandemic is low.

“The chance of a massive outbreak in South Korea is not high,” Ho Pak-leung, a microbiology expert at the University of Hong Kong, told Agence France-Presse. “Rather I think there will be continued transmissions at a low level.”

Despite the official optimism, governments across the globe asked their fellow citizens to exercise caution when traveling to the country.

Hong Kong, which experienced its own battle with the Severe Acute Respiratory Syndrome outbreak in 2003 that claimed around 775 lives worldwide — 299 of them in Hong Kong — issued an official travel notice on Tuesday, advising its residents against “nonessential travel” to South Korea.

The city’s decree follows the issuing last week of a Level 1 travel advisory for South Korea made by the U.S. Centers for Disease Control and Prevention. 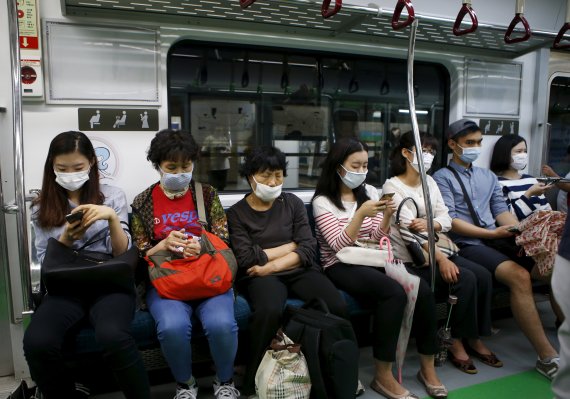 MERS Claims 6th in South Korea
Next Up: Editor's Pick