Helen Mirren Is One Step Closer to an EGOT

On 30 Rock, one of Tracy Jordan’s greatest aspirations was to one day achieve an EGOT — that is, to win an Emmy, Grammy, Oscar and a Tony.

In real life, only 12 people have ever won all four of the biggest awards in the entertainment industry. (A few of them include Audrey Hepburn, Mel Brooks and Robert Lopez.) But after the recent Tony Awards, Dame Helen Mirren is now just one step away from joining this elite circle.

Mirren took home the award for Best Actress in a play for her role in The Audience. She already has several Emmys (for roles in Prime Suspect: The Final Act, The Passion of Ayn Rand and others) and an Oscar (for her role in The Queen.) So now, she just needs that Grammy — and she knows it.

“I really want a Grammy! It’s terrible, isn’t it?” the actress remarked after her Tony win. “I have to do an audio book of some sort!”

She said she doesn’t have any current plans for an audio book, but she’s “thinking about it,” so stay tuned.

Read next: Here’s Why Helen Mirren Wants to Be in a Fast & Furious Movie 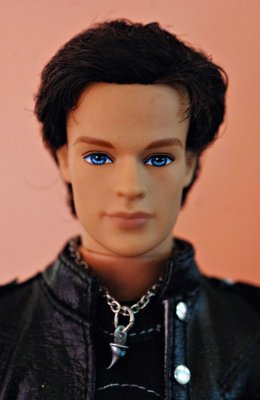 'Human Ken Doll' Dies After 5-Month Battle With Leukemia
Next Up: Editor's Pick