Jennifer Bailey presented updates to Apple’s payment system at its developers conference Monday, becoming the company’s first female executive ever to grace the stage at the conference.

Bailey, Apple’s vice president of Internet services joined, joined the company in 2003, spending 11 years leading the company’s global online stores before turning her attention to Apple Pay last year, according to her LinkedIn profile. A graduate of Middlebury College with a degree in math, Bailey also holds a business degree from MIT’s Sloan School of Management, and spent a few years in the 90’s at Netscape, the company credited for creating the modern Internet browser.

Bailey’s appearance on the historically all-male stage of the annual conference was a big deal for the company, in part because it marked a shift in the lineup of Apple executives unveiling new Apple products, and in part because of CEO Tim Cook’s pro-diversity comments ahead of Monday’s event.

“It’s the future of our company,” Cook told Mashable during a dinner for its scholarship recipients on Sunday.

Shortly after Bailey’s time on the stage, senior vice president of software engineering Craig Federighi welcomed Susan Prescott, Apple vice president of product marketing. Prescott introduced the company’s News app for iOS, which will take the place of its Newstand app. During its event in March for the Apple Watch, Apple invited former model Christy Turlington Burns to the stage to discuss the new gadget. 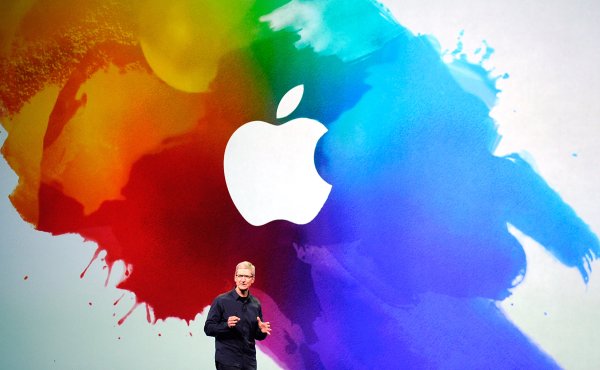 This Is What Apple Considers a Win in Streaming Music
Next Up: Editor's Pick