This Is Apple's New Spotify Killer

Apple unveiled a streaming music service on Monday to rival popular products from the likes of Spotify, which let users listen to songs without buying them outright. Dubbed simply Apple Music, the service will debut on June 30.

At its annual World Wide Developers Conference in San Fransciso, the world’s most valuable technology company showed off software that combines a variety of music-focused services. Apple Music will allow users to stream songs from the millions of tracks on iTunes. The firm also unveiled Beats One, a 24-hour streaming radio station curated by well-known DJs in New York City, Los Angeles and London. Connect, another feature, is a built-in social network intended to let musicians communicate with fans by previewing upcoming work, for example.

Apple Music will be free for three months and then cost $9.99 per month or $14.99 for families of up to six. Executives said it would be available in more than 100 countries at launch.

“Music is such an important part of our lives and our culture,” CEO Tim Cook said on stage before introducing the service. Cook took the wraps off Apple Music more than an hour and a half into the WWDC keynote presentation, saying he had “one more thing” in a nod to co-founder Steve Jobs’ favored keynote tactic. The presentation included comments from artists like rapper Drake about what the new service meant to them.

The company is hoping that it can convince millions of customers worldwide to change their habits around music, much the way it did more than a decade ago when it introduced the iPod. In 2003, Apple’s introduction of the iTunes Music Store turned downloading individual tracks into the most common way for consumers to purchase music. It also transformed iTunes into the world’s largest music retailer.

Monday’s announcement is a milestone for the burgeoning streaming industry. Many observers expect Apple’s entry into the market to push the technology into the mainstream from where it is today, popular mainly among early adopters. Apple may be able to push the hundreds of millions of iTunes customers — most with credit cards already registered on file — to swing for a subscription on the devices the already use to download songs and albums.

“I’m here because in 2003 the record industry was a state of confusion,” Apple executive Jimmy Iovine said on stage. “This giant invader from the north: technology,” he continued before comparing the current climate in streaming music to the pre-download era.

Though it has been available for years, streaming music still has a relatively small footprint. Some 41 million people globally now pay for streaming music from Spotify, Deezer and others, according to the International Federation of the Phonographic Industry. The group says subscription revenue grew 39% last year to $1.6 billion, while overall download sales fell 8% to $3.6 billion. 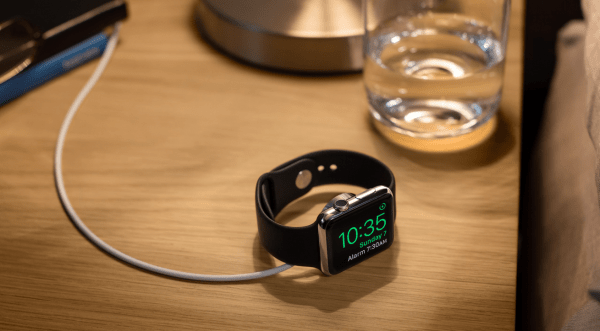 9 Ways the Apple Watch Is About to Get Better
Next Up: Editor's Pick