These Sausage Commercials Will Haunt Your Dreams

If you’ve watched “Mad Men,” or just know anything about the advertising industry, you know that ads historically have appealed to our aspirations. They are the stuff of our dreams. Lately, though, it seems like they want to be the stuff of our nightmares, too.

The latest entry in the terrify-the-consumer category comes from Johnsonville Sausage. The campaign is a serialized Father’s Day tale called “Bratfast in Bed,” depicting a Dad waking up to his family serving him brats. Things quickly get weird as he wakes up repeatedly, apparently from dreams-within-dreams: his sausage comes alive, his family turns into sausages, a giant anthropomorphized brat enters the room to serve him a smaller brat, he himself turns into a sausage, and so on.

The spots of full of perfect (well, in context) little details, as when the big humanoid sausage (which, by the way, has a sausage for a nose) makes little squeaking noises as it moves.

This is a far cry from Johnsonville advertising of yesteryear, which was as realist and pedestrian as could be. Spots from the ’90s might as well have been from the ’50s: Johnsonville eaters were depicted as regular guys who liked campin’ and fishin’:

This campaign comes on the heels of Johnsonville’s equally weird (and generally funnier) “Family” campaign, wherein “non-traditional family” took on a new meaning: 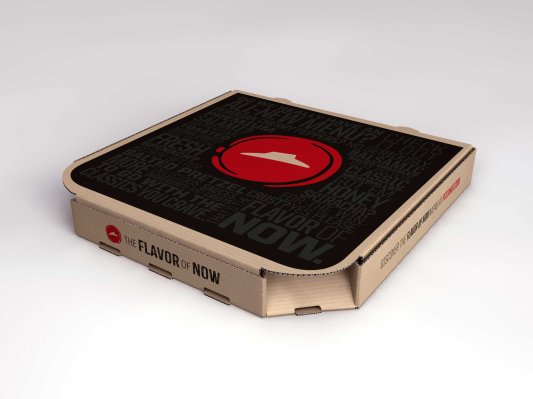 Pizza Hut's New Box Turns Into a Film Projector
Next Up: Editor's Pick