A Sony executive has pretty much confirmed what every media outlet has widely speculated: Apple will announce a new music streaming service at its Worldwide Developers Conference (WWDC) today.

Sony Music CEO Doug Morris, quoted by VentureBeat, on Sunday said the service announcement would occur on Monday. His remarks are notable because he represents a company whose partnership in the project would be essential for the service to be launched.

But he isn’t exactly saying something that observers have long anticipated. Last week, Fortune said it was “not much of a secret that Apple is set to launch a new streaming music service at WWDC.”

Apple often generates outsized attention for its new gadgets and software, with any update generating a flurry of headlines. But what’s concerning observers most about the possible music streaming service is the justification for entering such a business: even if Apple were to match Spotify’s 15 million subscriber base, it would add less than 1% to revenue in 2016, according to an analysis by Piper Jaffray.

And is Spotify the sort of company Apple wants to emulate? Annual results for 2014 released last month shows a wider loss even though revenue increased.

But Apple can’t afford to ignore the music streaming behemoth. As rival offerings are luring music-listeners away from buying songs on platforms like iTunes, it makes sense that Apple wants a slice of the industry’s hot spot.

More: Read about Apple in the latest Fortune 500 list 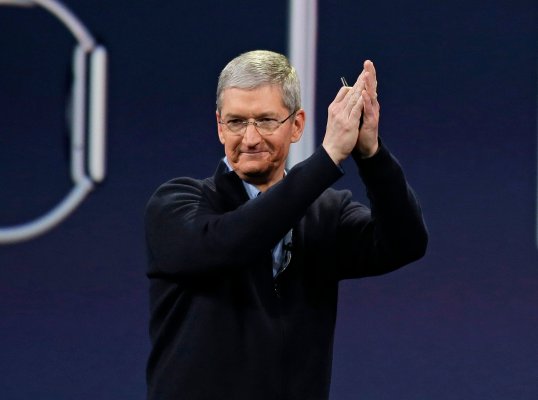 Apple’s CEO Tim Cook: Diversity Is ‘The Future of Our Company’
Next Up: Editor's Pick