Ireland’s restrictive abortion regime puts women in danger and treats them like criminals if they need to terminate a pregnancy, according to a new report published by Amnesty International on Tuesday.

Since 1983, Irish law has priotitized the life of the foetus over the mother, banning abortion in all but the most extreme circumstances and forcing thousands of women to leave the country in search of medical treatement.

Amnesty believes that Ireland’s abortion laws violates the fundamental human rights of women and girls, including their right to life, freedom from discrimination and freedom from torture and cruel or degrading treatment.

Colm O’Gorman, the CEO of Amnesty International Ireland says Irish law has to change to bring it into line with other developed countries. “We need to decrimalize abortion in Ireland … Any woman or girl in Ireland who accesses an abortion outside of the very narrow legal framework can face up to 14 years in prison – the same goes for the medical practitioner. Yet, our constitution permits women and girls to travel overseas to do something that if they did in Ireland they could go to prison for 14 years.”

Last year, at a meeting at the UN Human Rights Committee in Geneva, Special Rapporteur on Torture, Nigel Rodley said Irish law on abortion treats women like “vessels and nothing more.”

The Amnesty report She is not a Criminal: The impact of Ireland’s abortion law outlines the religious, social and political influences that have shaped Irish legislation which criminalizes abortion in cases of rape, incest and fatal foetal abnormality. It examines the limited and sketchy legal boundaries that doctors and healthcare practitioners work within, and also describes the climate of intimidation and aggression faced by pro-choice advocates.

Procuring or administering an abortion is a criminal offence in Ireland except when a “real and substantial risk” to a woman’s life exists. Under new laws introduced in 2013, anyone found guilty of “intentionally destroying unborn human life” is liable to a 14 year prison sentence.

In cases where a woman’s life is in danger and the appropriate medical response required is the termination of her pregnancy, Irish doctors face huge difficulty in determining at what point they are permitted to intervene. The report documents many examples of the Irish state prioritizing the rights of the unborn over the rights of women. One such case is that of 31 year-old Savita Halappanavar, who died in 2012 after being admitted to hospital with pregnancy-related back pain. She was 17 weeks pregnant when she was denied an abortion even though doctors confirmed that the foetus was unviable and she would certainly miscarry. Intervention to save her life came too late and she died from septicaemia one week after presenting with her symptoms.

Dr. Peter Boylan, former Master of Ireland’s National Maternity Hospital determined in a subsequent review of the case that it was “highly likely she would not have died”, had she been given a termination when she requested one.

“Sometimes we’re not sure what the risk of death is” says Rhona Mahony, current Master of National Maternity Hospital. “How do you define the difference between serious health deterioration and the risk of death – there’s such an overlap between the two. And what about the woman’s right to have a view on what the risk is to her?”

Ireland’s constitution was amended to recognize the right to life of the unborn as “equal” to that of a pregnant woman, following a bitterly fought referendum in 1983. Observers say the so-called pro-life amendment was expedited in response to the passage of abortion rights after Roe v Wade abortion case in the U.S.Supreme Court ten years earlier. Other European countries were also liberalising their abortion laws, and fear grew among the Catholic hierarchy and conservative establishment that demands for abortion legislation might erupt in Ireland.

Amnesty International is calling for the amendment to be repealed: “There are probably no women of child bearing age that voted for that amendment, so the notion that this reflects the will of the Irish people or Irish child-bearing women has to be challenged”, says O’Gorman.

Under Irish law, women whose health is at risk as a result of a continuing pregnancy, as is often the case for some cancer patients, or women who have been raped or are victims of incest, are forced to continue their pregnancy to full term unless it can be proven that their actual lives are in danger, including the threat of death as a result of suicide. 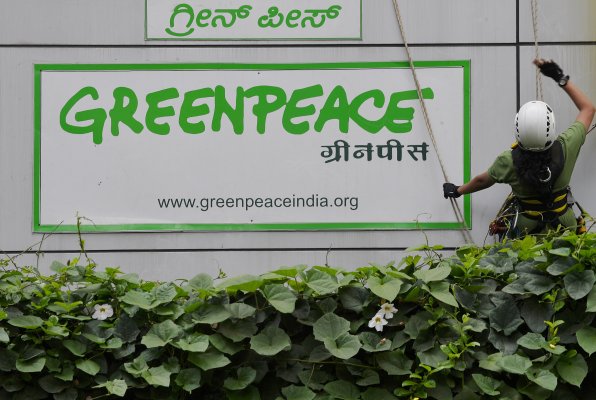 Greenpeace Activist Denied Entry to India
Next Up: Editor's Pick