South Korea’s ongoing outbreak of the Middle East Respiratory Syndrome (MERS) claimed its sixth victim on Monday, with an 80-year-old man dying while being treated at a hospital there.

The country’s health ministry stated that the man had only been diagnosed with the deadly virus earlier in the day, state news agency Yonhap reported.

The ministry also reported 23 new cases, taking the total number of people affected by the disease to 87. Among these was a 16-year-old boy, the first minor to contract the virus since the outbreak began on May 20.

The South Korean government earlier closed thousands of schools and kindergartens in an attempt to mitigate the spread of the virus.

“I’m cautiously predicting, but I think the peak was reached today,” Health Minister Moon Hyung Pyo said at a parliamentary hearing, according to Bloomberg. “It’ll hopefully start looking stable from tomorrow or the day after tomorrow.”

Ten of the people affected by the disease are in unstable condition, the ministry said, but the government remains hopeful about containing it since it has so far only been present in hospitals.

Acting Prime Minister Choi Kyung Hwan called the outbreak “controllable,” adding that “the government will take all preemptive measures necessary to minimize any negative impact on the economy.”

More than 2,300 South Koreans have so far been quarantined—either in hospitals or at home—and Reuters earlier reported that the government was tracking the cellphones of those under quarantine to ensure that they are complying with restrictions on their movement. 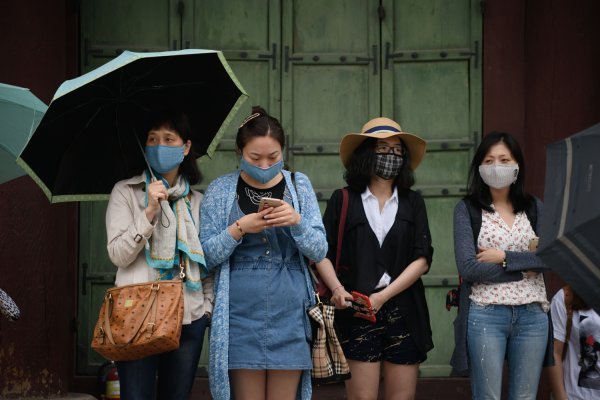