It’s been argued the discovery of fire is mankind’s most important moment, but with burn bans occupying campgrounds across much of our drought-plagued nation, an open flame might not do you any good this year. Instead, you’ll need to rely on more modern innovations to keep you warm, dry, fed, and entertained. These 10 camping gadgets will not only help take the sting out of your smore-less nights, but they’re all compact enough to keep your load light as can be.

Biolite BaseCamp: Believe it or not, you can power your phone with wood. No, not Doc Brown or Bear Grylls—you. Heat is energy, and this cooking and charging station turns twigs and branches into electricity to power any USB-connected devices accompanying you into the wild.

And before you snicker like it’s a gimmick, the $299 stove works fairly quickly, with 30 minutes of fire juicing up five hours of talk time for the average smartphone. Coincidentally, 30 minutes is more than enough time for its grill to cook up some dinner. Batteries and burgers? That makes for happy campers.

CamelBak All Clear: If you’re gearing up for some backcountry camping, hauling a bunch of water with you can make your pack literally too heavy to bear. And since you’re headed to the realm of mountain springs and babbling brooks, what’s the sense in bringing your drink, anyway? This $99 water bottle uses ultra-violet light to purify water in just a minute. Able to zap more than 80 bottles before needing a recharge, the UV bulb, which is built into the container’s lid, lives up to 10,000 cycles. That’s enough for three bottles a day for nine years, in case you get lost out there.

Eton Scorpion II: Whether you’re at home or at home on the range, this is one piece of gear you should have with you wherever you rest your head. A hand crank-charged AM/FM radio with NOAA weather band radio stations, this $59 device also doubles as a power bank and an LED flashlight, making it the ultimate safety gadget. Small and able to hook onto your pack, it can also collect power from its solar panel, so there’s no need to stuff it in the bottom of your bag.

GoPro Hero4: When camping, you really shouldn’t need a hero. But in case you do, at least this one won’t take up much room in your bag. Shooting everything from 30-frame-per-second 4K video to boring old still photos, this is the action camera of choice for everyone from extreme athletes to extremely spoiled teenagers. At $499, the wearable shooter might be the most expensive piece of gear on your trip, but the memories you can capture with it are priceless. With burst, time lapse, and even nighttime shooting modes, it’s a great way to capture the beauty of nature — so you can look back on those epic hikes when winter rolls around and you’re back to hibernating.

Olympus TG-4: Given its price, the GoPro isn’t for everyone. At $379, the TG-4 is great for everyone else. Able to withstand seven-foot drops, water depths of 50 feet, temperatures down to 14 degrees Fahrenheit, and a 220 pound rock crushing it, this camera is ideal for adventurers or very clumsy people. With GPS features, you can keep track of your favorite shots on a map, and Wi-Fi capabilities let you use an accompanying app for remote shooting. That’s not to forget the wide-angle lens and great 16 megapixel CMOS image sensor that even captures RAW images. You’re going to have some good looking memories.

Osprey Atmos AG: This backpack’s boast of having “anti-gravity suspension” is most likely marketing-speak, but the trekkers who swear their 35-pound loads feel more like 20 pounds won’t hear of it. The real story is a lightweight mesh that hugs the body close from the hip to the shoulders, making the fit more like an extension of the body. While there’s not any other tech at play here, that’s enough to put this backpack, which runs around $250 depending on where you buy it, on our list.

Outdoor Tech Buckshot Pro: Flashlight, power bank, wireless speaker — these three items will just eat up space in your bag compared to Buckshot Pro, which not only has all these functions, but at $79 probably costs less than the rest combined. About the size of a Red Bull can, this rugged device can survive a tumble or a splash of water. Connecting to smartphones via Bluetooth, it has enough power to play 10 hours of music. Or by plugging into the juice via USB, it can charge an iPhone one and a half times, or a GoPro more than twice. The light is also versatile, with three modes (flashlight, lamp, and emergency beacon) showing you the way.

Petzl TIKKA RXP: You might think a head-lamp that comes loaded with its own operating system is overdoing it, but at $99.95 MSRP the price doesn’t show it. Designed to optimize the 215-lumen light’s reactive lighting technology, this software allows you to plug your lamp into a computer, tweak its beam patterns and lighting modes, and then survive the darkness without missing a thing. For instance, you can program it to dim and narrow when you look down at a map, but then brighten and flood when you look up at your surroundings. The water-resistant, 115 gram headset automatically adjusts brightness to get you the best battery life possible, lasting up to 12 hours. Let’s hope you’re not in the dark any longer than that.

VSSL: If you’re hankering for the feel of old school technology, the flashlight form-factor of this range of survival gear will do more than scratch that itch. An aluminum tube topped with an LED light, this modern-day torch eschews big, bulky batteries, replacing them with small canisters full of life-saving stuff. So, for $105 you’ll get the LED, a compass, a first aid kit, a razor blade, water purification tabs, a wire saw, an emergency whistle, waterproof matches, fishing gear, and more. Refills vary in price, but are modest, starting at just $2 for a can opener.

Zippo Lantern: Best known for its flame-based products, Zippo recently released an LED lamp that’s every bit as useful as its iconic lighters. A big, light lantern that’s not afraid of the dark, this rugged lamp can take a tumble and keep glowing. It can even slip into the drink, and it floats, adding a new element to lake-side camping trips. The $89 light ($45 at Amazon) also has variable brightness settings, which helps make the battery stretch. At its maximum brightness, the rechargeable lithium-ion battery puts out an impressive 10 hours of luminosity; on the lowest-light setting, it can stay aglow for more than 40 hours. And the best part: no fuel required.

Correction: The original version of this article gave the incorrect price for the Petzl TIKKA RXP. It is $99.95 MSRP. 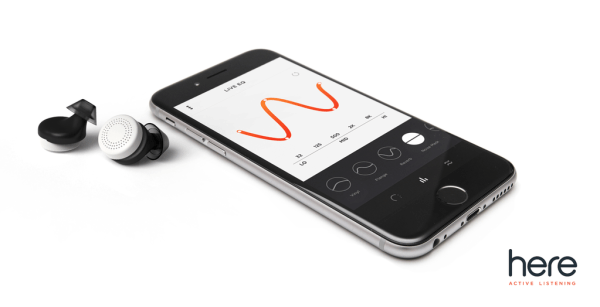 These High-Tech Earbuds Have an Unexpected Trick
Next Up: Editor's Pick