While Amy Schumer may have fearlessly thrown herself at Kim Kardashian and Kanye West on the red carpet for the TIME 100 gala, when she actually met up with them later, she got totally flustered.

Schumer appeared on The Graham Norton Show recently and talked all about what was going through her head when she met the couple later that night.

“You know when you’re in front of a celebrity?” she said. “I become such a flake. I was just saying things I didn’t mean. I’m like, ‘You and your sisters are just inspiring’ and ‘Are you hiring at Dash?’ Just nonsense.”

Schumer also talked about why she decided to throw herself at Kimye’s feet in the first place. She said she was being interviewed on the red carpet herself when all the reporters got distracted by someone behind her. When she turned around, she saw “Kim and Kanye standing there, just owning it, just being short and important. And I think falling is the funniest thing, so I took a dive in front of them.”

In all the pictures of Schumer’s stunt, West is wearing his trademark scowl, but when Norton asked Schumer if she actually did manage to make him laugh, she said, “He did not crack a smile at any point.”

“There’s no way that either of them had any idea who I am,” she added. “So that was comforting.”

This article was originally published at EW.com 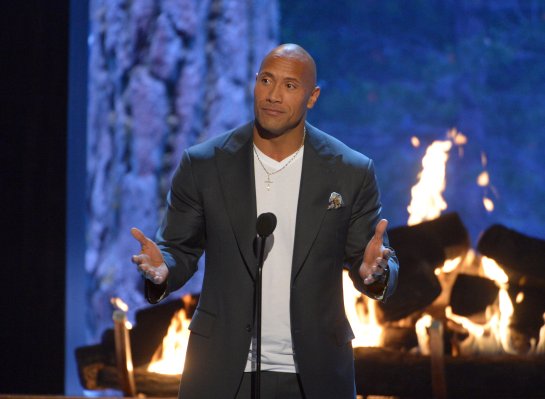