Robots these days can play the violin, send us Amazon packages, even adapt if they get hurt. Now, one of them can slice us all to bits.

Yaskawa Electric Corporation recently tracked the movements of Isao Machii, a renowned Japanese swordsman, and taught a robot called Motoman-MH24 how to mimic his use of a katana (also known as a scary Japanese sword). In a video released by the robotics company, the sword-wielding robot can be seen slicing through flowers and fruit with ease and precision. He even battles Machii, who holds several world records and has sliced through a fried shrimp hurtling towards him at 80 m.p.h., in a 1,000-cut challenge.

Hopefully, Yaskawa’s next project is a robot that’s really good at dulling swords so it can protect all of humanity. 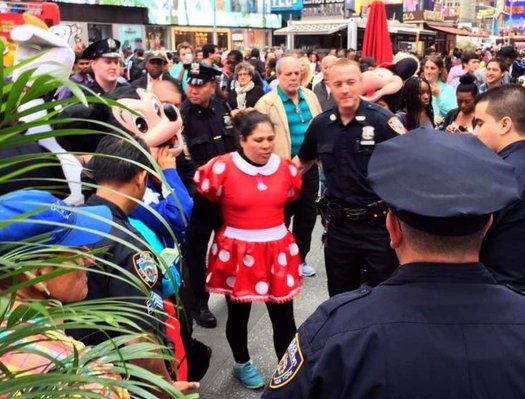 Minnie Mouse and Hello Kitty Fight in Times Square
Next Up: Editor's Pick