Retail giant Walmart has a new CEO, Doug McMillon. He faces considerable challenges leading the largest company in the world. Fortune’s Brian O’Keefe profiled McMillon in the new Fortune 500 issue. Here are nine facts about the retail company that may surprise you:

2. If Walmart were a country, its sales would rank it 28th in the world in GDP. That’s right behind Norway and ahead of Austria.

More: These are biggest companies in the world

4. The Walton family owns approximately 50% of Walmart’s stock. They’re one of the richest families in the world.

5. Walmart CEO Doug McMillon says he has a tough challenge ahead of him: “If you want hard, try to take a 52-year-old business that’s this size and change it. That’s hard.”

6. Walmart’s biggest businesses over the years include teen sportswear, Halloween candy, and yarn.

7. The company is mentioned over 60,000 times each day on social media.

8. Walmart has about 11,000 stores in 27 countries. It also has 2.2 million employees, or “associates, which makes it the biggest employer in the world after the U.S. Department of Defense and the Chinese army.

9. It hasn’t grown nearly as much as Amazon. In the last three years, Walmart’s sales grew by a total of 8.6%. Revenue at Amazon, meanwhile, has nearly doubled. 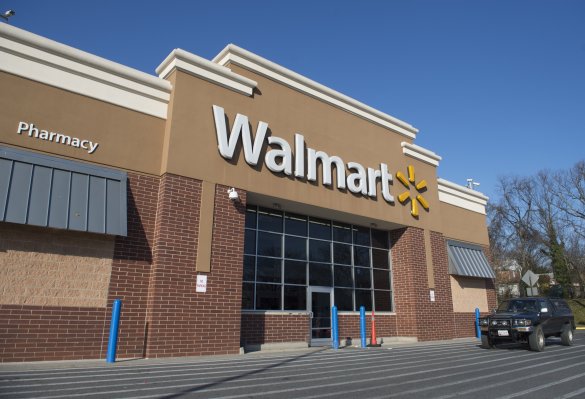 Walmart Loses Big Bucks to Shoplifting
Next Up: Editor's Pick