Why The Briefcase Is the Worst Reality TV Show Ever

When presented with a large sum of money and a life-changing decision, the Scott family from Mechanicsville, Md. struggles with the choice of keeping the money to ensure they have the funds needed to adopt a child, or helping the Musolinos.
CBS
Ideas
By Jason Miller
Rabbi Jason Miller is an entrepreneur, educator and writer. A social media expert, Rabbi Miller is a popular speaker and writer on technology and its effect on the Jewish world. He also writes for the Huffington Post, for the Jewish Techs blog and the monthly "Jews in the Digital Age" column for the Detroit Jewish News. Rabbi Miller is the president of Access Computer Technology, a computer tech support, web design and social media marketing company in Michigan. He won the 2012 Young Entrepreneur of the Year Award from the West Bloomfield Chamber of Commerce and is a winner of the Jewish Influencer Award from the National Jewish Outreach Program.

This summer marks a milestone of sorts for the reality TV genre. It was 15 years ago that the television show Survivor became a breakout hit and gave birth to a new industry. Some of the most successful reality shows have helped talented individuals who may otherwise have gone unnoticed begin lucrative careers. But most of the reality TV productions tend to bring out parts of society that are unethical, exploitative, and just plain wrong.

The most extreme example of this aired its first episode two weeks ago on CBS. The Briefcase features financially struggling American families and showcases their many hardships. These are men and women who are down on their luck, out of work, and seem miserable. The premise of the show is that they are surprised with a gift of $101,000. Of course, there are strings attached.

These impoverished, hard-working people are given an unfair decision to make upon receipt of the “fortune.” They are told that the rules of this game (and it appears to me to be a game of playing with people’s minds) are that they can either choose to keep the money, which they desperately need, or gift all or part of it to another family in need. They aren’t told the other family has also received a similar briefcase and instructions.

Reaction to the show has been very critical, and an online petition calling for CBS to cancel the show has more than 100 signatures.

The biggest problem of the show is that it’s meant as entertainment. Yet the families featured on the show aren’t actors—they truly are struggling. They have lost hope as they try to keep their homes, feed their children, and pay their medical bills. Putting them in front of television cameras and presenting them with a “Faustian bargain” is cruel and unusual.

CBS executives in charge of green-lighting this new series are guilty of exploiting innocent, desperate people. Putting a six-figure sum of cash in front of people in despair and then making them feel guilty for taking the money is not something moral individuals do. Especially not for the shear entertainment of a television audience watching from the comfort of their living rooms.

It’s always possible to find people who are worse off than you, but if every family who received financial assistance was told about a family in a worse position and asked to turn over their financial assistance to that family, then no one would feel comfortable accepting help. When we walk down the sidewalk and see a homeless individual with their hand extended for a donation, we don’t give them a large amount of cash and then put them in the predicament of having to decide to accept the donation or give it to a person who would benefit from it more. That would be cruel and not at all amusing.

On The Briefcase, as soon as a family decides to go with the self-preservation choice and keep the money, they are made to think of themselves as greedy. Toying with the emotions of hopeless people is not a worthwhile premise for a television show. Some might even categorize it as psychological torture.

This is not the way we are taught to give charity. In Judaism, we learn from the scholar Maimonides that it’s best to teach a man to fish so he can learn to become self sufficient. The Briefcase finds it entertaining to give a starving man an entire stock of fish, but then make him feel horribly guilty for keeping it. What does this say about our society?

While I’m not a fan of many reality TV shows, I do appreciate that some of these productions are worthwhile, creative, and entertaining for millions of loyal viewers. An offensive, immoral, and derisive show that completely takes advantage of the psychological fragility of impoverished families is not what we Americans should consider entertaining. And it’s not what CBS should consider an appropriate addition to its primetime lineup.

It would be troublesome if this show continues. I certainly do not want my children to watch The Briefcase and think that it’s ever OK to take advantage of desperate people in the name of charity and for the sake of entertainment. 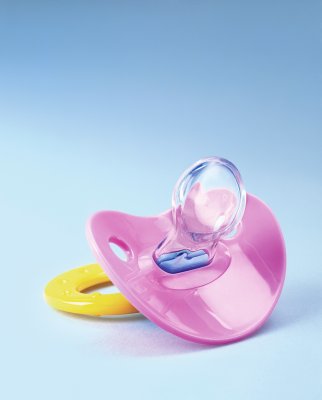 Why I Don't Want to Have Children
Next Up: Editor's Pick