Shell's Former Chairman Made a Startling Comment About Climate Change

When the oilmen themselves are arguing for stronger action to fight climate change, it’s probably time to start acting.

Sir Mark Moody-Stuart, the former chairman of oil giant Royal Dutch Shell, said that the lack of progress the world has made on climate change is, “distressing,” and that it was “rational” for investors to start divesting their money from companies that extract fossil fuels, according to a report in The Guardian.

According to the paper, “His striking remarks are the most supportive of divestment made by any senior figure in the fossil fuel business.”

Moody-Stuart is a geologist who worked his way up through the firm to become its chairman, though he retired from that role in 2005. Says Stuart: “If you think your money can be used somewhere else, you should switch it. Selective divestment or portfolio-switching is actually what investors should be doing.”

Though some oil companies are coming around to the idea that climate change is a threat, you’d be hard-pressed to find any that would recommend dumping their shares as away to solve the problem. 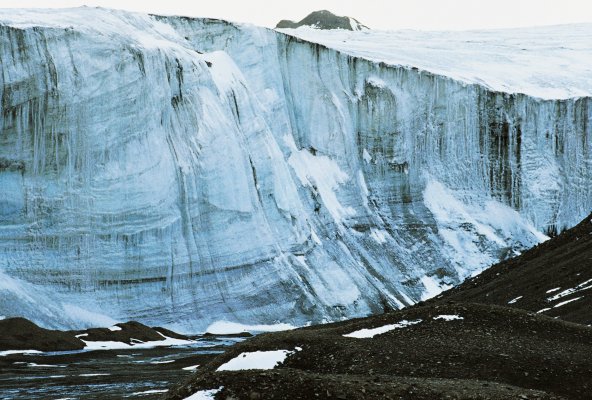 Glaciers Are Crumbling Quickly in Southern Antarctica
Next Up: Editor's Pick