The Meaning Behind the Civil Rights Act's Signing Date

For President Johnson to sign the Civil Rights Act into law on July 2, 1964, was a no-brainer: the date was a Thursday, just as it is this year, and the symbolism of marking the hard-fought victory just before Independence Day would be a shame to waste.

But, as TIME noted in its original 1964 coverage of the landmark legislation, the Fourth of July wasn’t the only significant date in play. The date on which the Senate passed the bill was June 19, 1964—precisely one year after “President John Kennedy sent to Congress a civil rights bill, [and] urged its speedy passage ‘not merely for reasons of economic efficiency, world diplomacy or domestic tranquility, but above all because it is right.'” Though Kennedy had been assassinated the previous fall, the law he had advocated for had actually grown in strength and scope.

After the House also passed the bill and it went on to the President, the season of its signing—and not just the calendar date—would also prove significant.

The bill included many obviously important provisions affecting matters of great weight, like voting rights and equal employment. But, as TIME pointed out, it would take months to see the voting rules take effect, and the labor matters included a period during which businesses could adjust. On the other hand, one of the parts of the law—a part that may seem today to be far less important—was, as TIME put it, “effective immediately, and likely to cause the fastest fireworks.”

The law entitled all persons to equal use of public accommodations, from hotels and movie theaters to soda fountains and public swimming pools. In the run up to the final vote, St. Augustine, Fla., proved why pools—long a contentious point, for the necessary closeness that comes with sharing the water with other people—would be a hot topic:

Due to the time of year, the new law’s effects would be immediately visible at swimming pools around the country. 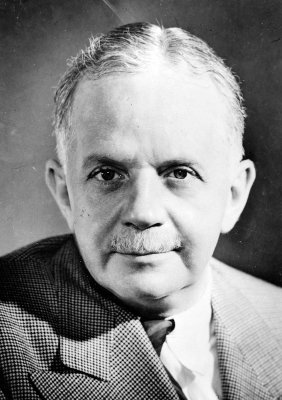 The Surprising Story of Walter White and the NAACP
Next Up: Editor's Pick