On Saturday, Hillary Clinton will celebrate the official launch of her presidential campaign in a part of New York City that may be unfamiliar to many non-residents: Roosevelt Island. The narrow stretch of land in the East River between Manhattan and Queens is named after President Franklin D. Roosevelt, and Clinton’s staff has noted that the candidate has long been inspired by FDR and his wife Eleanor.

But the island wasn’t always a political homage. Early names included Minnahanonck, Hog Island, Blackwell’s Island and, as of 1921, Welfare Island. And Welfare Island was, as TIME noted in 1934, “not a nice place to visit and nobody would want to live there.” It was home to the New York County Penitentiary, which the state’s Commissioner of Correction had just proclaimed the worst prison in the world, and a “vicious circle of depravity that is almost beyond the ability of the imagination to grasp.”

By the 1960s, the island was seen as a waste of valuable land. In 1961, as TIME reported, real-estate developers came up with a plan to cover the two-mile-long strip of “nurses’ homes, hospitals for the aged and poor, and homes for wayward girls” with a concrete platform that could hold enough housing for 70,000 New Yorkers. It was envisioned as a residential paradise, with postcard views and no cars allowed. And a new name, of course.

On Sept. 24, 1973, New York City’s mayor, John Lindsay, proclaimed Franklin D. Roosevelt Island Day in the city and officially re-dedicated the island in his honor. “This act signifies recognition for a man whose capacity for moral leadership gave much to our City, our State and our Nation,” Lindsay said in his proclamation. “It also heralds the transformation of an island that has too long been forsaken. It is altogether appropriate that Franklin D. Roosevelt, whose vision and vivacity re-invigorates and inspires this nation, should have named for him an island which is at last being reclaimed by and for the people of the City of New York.”

Clinton surely hopes to find that her “vision and vivacity” inspire the nation too—and launching her campaign on the island that bears FDR’s name is one way to start.

Read about the 1976 opening of the Roosevelt Island tram, here in the TIME Vault: The Little Apple 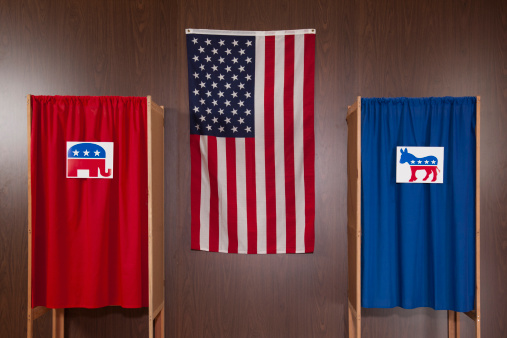 I Feel Ashamed to Tell Others That I Am Republican
Next Up: Editor's Pick