It may work for tennis star Novak Djokovic, but a very small new study in the journal Medicine and Science in Sports and Exercise says going gluten-free won’t necessarily give you an athletic edge.

The study looked at 13 competitive cyclists who did not have celiac disease, an autoimmune disorder that can only be managed through strict adherence to a gluten-free diet. For one week, the men and women ate a gluten-free diet and for another week they ate a diet that contained gluten. During the study they filled out questionnaires about their fitness and their digestive health. The researchers also tested their blood for inflammation. Athletic performance among the cyclists remained unchanged after each week, and the researchers did not see changes in the athlete’s blood inflammation levels. The researchers concluded that in the short-term, the diet doesn’t appear to offer any benefit for athletic capacity.

Some athletes may disagree. Djokovic went gluten-free—he made other dietary changes, too—several years ago and has said, “I was lighter, quicker, clearer in mind and spirit.” He even published the book, Serve to Win: The 14-Day Gluten-Free Plan for Physical and Mental Excellence.

This study was very small and didn’t look at the effects of a long-term gluten-free diet, nor did it explore whether the participants had a condition, such as non-Celiac gluten sensitivity, that could indicate they would benefit from the diet. The researchers say that sometimes athletes will adopt a gluten-free diet thinking it will improve their practice, but often they can end up eating replacement foods that are no better for them. If a diet pushes people toward eating more fruits and vegetables, that’s an improvement.

As TIME Magazine recently reported, only about 1% of Americans have the autoimmune disorder celiac disease, and an estimated 83% of them are undiagnosed. Still, it’s estimated that nearly half of people buying gluten-free food are not, technically speaking, sensitive to the protein. 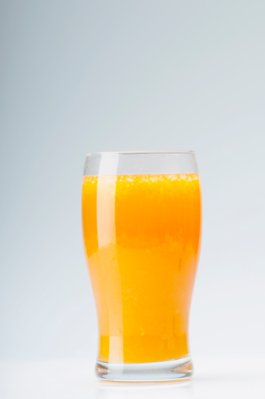 5 Surprising Things That Are Ruining Your Teeth
Next Up: Editor's Pick