Apple Is Still Negotiating With Record Labels Days Before the Deadline

Apple is set to announce a new streaming service in the coming days that would compete with products offered by companies such as Spotify. But there’s just one catch: they haven’t actually struck a deal with record labels for access to their music, according to a report in Bloomberg News.

For years, Apple has dominated the digital music space, with its iTunes music software capturing huge shares of the market for digital downloads. But recently, consumer tastes have shifted from downloading to streaming, putting Apple in the position to play catch up with upstart services such as Spotify. Tamara Gaffney, principal of Adobe Digital Index, told Bloomberg that the central theme of the negotiations is: “Who is going to get the majority share of the profit from the content?”

“Apple has always wanted to get a lot of the share, and they’re now in a negotiating situation with content manufacturers who want more of the share for themselves — it’s a really tough space.”

While Spotify pays labels 55% of its subscription revenue, the labels are playing hardball with Apple, asking for closer to 60%, according to the report.

More: Check out Apple on the new Fortune 500 list 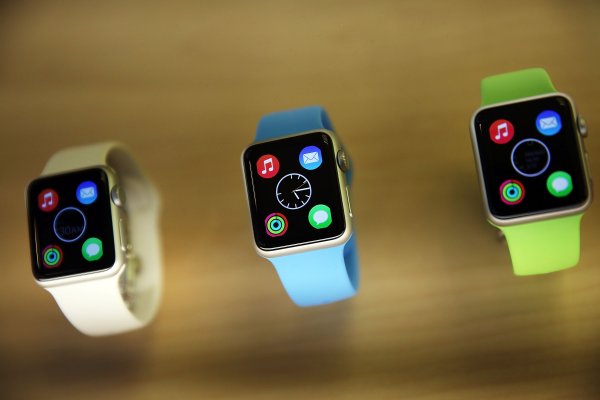 Here's Exactly When the Apple Watch Will Be Sold in Stores
Next Up: Editor's Pick