After dreaming of becoming parents for a second time, Kim Kardashian West and husband Kanye West were elated when they finally got the happy news.

“They’re beyond excited,” says a source close to the couple. “Kanye is beaming … he’s so happy!”

While daughter North, who turns 2 this momth, is still quite young, her parents are conscious about wanting to do their best to prepare her for the newest addition to the family.

“North kind of understands there’s a baby in mommy’s belly,” says the source with a laugh. “But she thinks everyone has one!”

For now, North remains the top priority for her busy parents, who will welcome their second child in December.

“They love spending time at home together as a family,” continues the source. “They’re cherishing all their time together.”

Kardashian West, 34, and West, 37, tried to expand their family for eight months, but it wasn’t until the couple had the help of in vitro fertilization that they were able to conceive.

“Kim also had three surgeries to repair her uterus,” a source close to the star recently told PEOPLE. “The inner lining had been so damaged that she was told conceiving on her own wasn’t possible.” 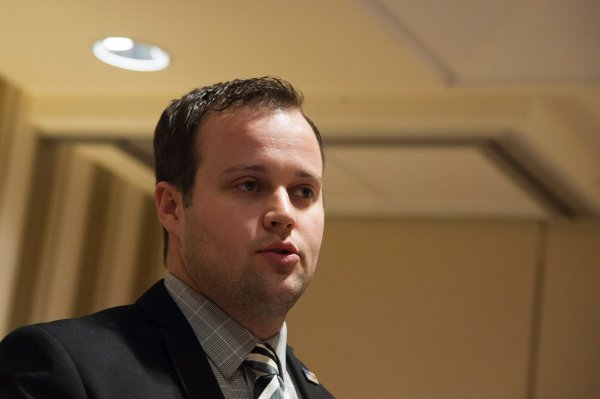 Josh Duggar's Sisters Say They Are 'Victims' of Molestation
Next Up: Editor's Pick