Schlumberger trucks with 2000 horsepower pumps direct water, sand and chemicals over 11,000 feet into the ground to create a fracture at a completion site on the Jonah Field in Sublette County, Wyo., pictured on April 9, 2015.
Alex Milan Tracy—Sipa USA/AP
By Maya Rhodan

The controversial oil and gas extraction technique of hydraulic fracturing — commonly known as “fracking”— has no “widespread” impact on American drinking water, according to a new report released by the Environmental Protection Agency.

Fracking, when water-based mixtures are pumped at a high pressure into geologic formations to extract oil and gas, has long been criticized by environmentalists who claim the wastewater from the process can pollute nearby freshwater supplies such as springs, lakes and rivers. The report, however, found “no evidence that these mechanisms have led to widespread, systemic impacts on drinking water resources in the United States.”

The report does note some specific instances, however, when some parts of the fracking process have contaminated drinking wells or otherwise impacted the American water supply, but authors note the number of cases is “small compared to the number of hydraulically fractured wells.”

The fracking industry has been partly responsible for a revolution in the shale oil industry, lifting U.S. production to 9.3 million barrels a day in early 2015 — up from 5.6 million barrels a day in 2010. However, the worldwide fall in oil prices since last year has shrunk demand for the method of extraction, with many fracking companies forced to slash costs or shut down operations.

The report warns there are some activities both above and below ground that could have an adverse impact on the water supply, including water withdrawals at places with low water availability, spills, poor treatment of wastewater, and the way water moves in and out of fracking areas. The study’s authors note that municipalities, tribes, and federal officials should use the report to keep future contamination from occurring.

The reports authors say while the findings could mean contamination is rare, it could also be a result of limited data on resources before and after fracking begins and the lack of a definitive link between some instances of contamination and fracking activities. 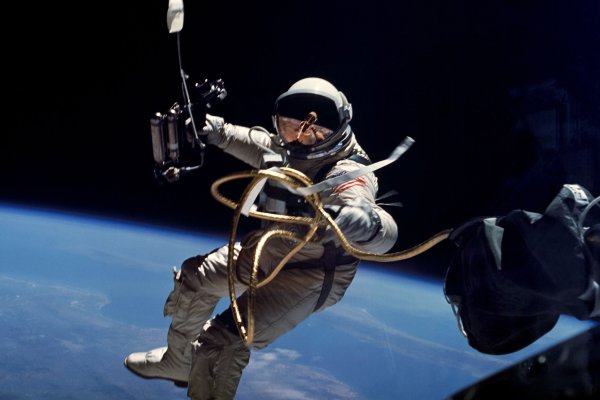 A Visual History of Spacewalks
Next Up: Editor's Pick